Woodward was 31. Bernstein, 30. Woodward was the linear thinker, step-by-step, few leaps, few assumptions, methodical. Bernstein, whose parents were blacklisted lefties, and who’d been in the newspaper business since he was a 16-year-old copy boy, was more instinctual. He…
Read more

You’d think politicians – especially Republicans – would have learned something from Richard Nixon and Watergate: the cover-up is worse than the crime. But it appears Gov. Chris Christie may not have learned that lesson. All along, Gov. Christie’s been…
Read more

Unindicted co-conspirators.  If you’ve been around long enough, that’s a term you associate with the disgraced 37th president of the United States, whose innermost circle perpetrated and then covered-up a third-rate burglary, the break-in of DNC headquarters at the Watergate by…
Read more

Chris Christie is Running. But When? 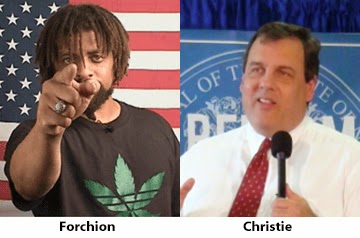 In a recent diary here, commenter lebleu posits, “Christie is not running [for president] or will run and quit abruptly.” Mr. or Ms. lebleu may be right – at least for 2016. It’s plausible that Christie knows that his chance to gain the GOP presidential nomination is about as slim as the possibility of Ed Forchion becoming our next governor. So why is Christie still in the race? The answer is “2020.”

One of the iconic songs of my generation is John Lennon’s “Imagine.” The lyrics describe a world of people living in harmony, income equality, and peace. Of course, since the time that Adam and Eve were exiled from the Garden of Eden, the world has never been that way. But that doesn’t mean we can’t strive for it, even incrementally.

So let’s go on an imaginary ride through recent New Jersey history. Imagine if Chris Christie’s priorities were to be the governor of all residents of the Garden State instead of being singularly focused on the White House and the wealthy donors who would help get him there. Imagine if Chris Christie was a moderate Republican, and how much better we would be if he were.

Along this journey, we’ll meet a few Republicans who championed initiatives that benefited all Americans, and who would probably be shunned by the right-wing zealots who have taken over their party.

When Steve Fulop beat Jerry Healy for Jersey City mayor, after a rare mayoral endorsement from President Obama, he got a call from Chris Christie. Then one from Bill Stepian, who offered the new mayor the administration’s help. Then Bridget Kelly set up what she called a “mayor’s day” to meet with top officials of 6 different administration agencies. And meetings with the head of Christie’s Sandy recovery team and Bill Baroni at the PA. Meetings were set for June & July. Then, one by one, abruptly canceled. With zero explanation. Fulop, whose inauguration Christie attended, considered endorsing him. But didn’t. And now, Fulop says he was punished.

Hoboken mayor Dawn Zimmer said she had a face-to-face meeting with Christie and told him she would remain neutral when he asked for her endorsement. She’s now saying that Hoboken was shortchanged when the city got only $300k in hazard mitigation grants instead of the $100 million she asked for.

Elizabeth mayor Chris Bollwage wonders if the loss of a local DMV is connected to his not endorsing.

It’s hard-wired in me to take much of what Democratic mayors say with a grain of salt. Zimmer’s and Fulop’s sometime chumminess with the Governor has troubled me. But the landscape is shifting fast. The governor has shown us he’s capable of worse than we suspected. And he’s surrounded himself with people just as conniving as he is.

And speaking of that, here’s one of the subpoenaed documents from Port Authority, a memo from David Wildstein’s assistant to her boss, showing him where he’s showing up on social media. There’s Blue Jersey –  both a tweet, and one of my posts. Lots of other folks too. But few of them have been as hard on Christie – and on Wildstein – as we have. Not without reason.

What’s Next for Chris Christie?

As Chris Christie prepares for the biggest speech of his political life, it’s inevitable that we would speculate on what’s next for him. To me, it seems that he lusts for higher office, and the timing will depend on the outcome of the November election.

Even though he hitched his wagon to the Romney campaign early in the election cycle, a Romney loss would not harm Christie’s ambitions. After all, the little-known Senator from Illinois who delivered the keynote at John Kerry’s coronation did pretty well for himself. Given Romney’s hard right turn, an Obama victory would send a clear message to the GOP – the extremists may be able to win primaries to place candidates on the ballot, but a rightward swing on the national scale is not a winning tactic. Since there are few moderates left within the glitterati of the GOP, a Romney loss would be welcomed by Christie for a 2016 run for the White House.

Some schaudenfreudistic Christie-hating Democrats posit that the problems that Christie is foisting on New Jersey will sabotage his political ambitions. Not so. Even as New Jersey lags the national recovery, this won’t be an issue in a presidential run. People have short memories, and consider that a different Governor’s accomplishment – Romneycare – isn’t even on the radar screen for this election. So regardless of what Christie does between now and the end of his term, style is more important than substance.  Like it or not, Christie is the master of style while failing at substance.

Christie has already said that he will serve out his term as governor (through January 2014) and would not take a cabinet post in a (God forbid) Romney administration. But if he does complete his term in Trenton, there’s a possibility that he could be nominated by a President Romney as Attorney General then (after Romney’s first AG, a Bain crony, is indicted for sleazy dealings?) or even be nominated to the U.S. Supreme Court (remember Harriet Miers?) 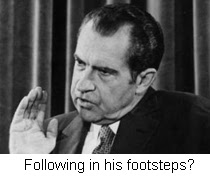 If Barack Obama is elected to a second term, the dynamics change. If the GOP is smart, they would nurture more moderates, giving Christie’s 2016 ambitions a run for its money. If Christie runs for re-election as governor, would he make a pledge to serve out his entire second term? If he loses the gubernatorial race, it would be a setback, but not the end of his presidential ambitions (remember the guy who lost the race for governor of California in 1962?)

The other possibility is that Christie is not using this keynote speech as a steppingstone to the White House, but rather as an audition tape for a lucrative job at Fox “News.” This would be the culmination of the other audition tapes he has made – his taxpayer-funded YouTube moments – and would solidify his credentials as an entertainer rather than as a statesmen. Given the dearth of news carried by Murdoch’s mouthpieces, this would be the perfect gig for our consummate entertainer.

Not surprisingly, many of the people I hang out with advocate the recall and replacement of Governor Chris Christie.  We all agree that he is a terrible governor, trying (and failing) to fix New Jersey’s fiscal problems on the backs of the middle class and the poor while the wealthy get more tax breaks, our taxes increase, and our infrastructure deteriorates. And his bullying demeanor as chief executive is not one that makes New Jerseyans proud. But a special election to recall Chris Christie is a bad idea.