This morning in the Roundup I wrote something that was not nice. Not my finest hour, as a friend more gracefully described it. He was right. Republicans describe Blue Jersey as “that Democratic blog.” But Democrats know there’s far more nuance;…
Read more

TONIGHT – Democrats debate Thursday 9-11pm – This is the last debate between Bernie Sanders and Hillary Clinton before the key New York Primary next Tuesday April 19. It will be broadcast live by CNN with Wolf Blitzer moderating and CNN’s…
Read more

Thanks for Everything. Love (and a little history) from Blue Jersey.

My Thanksgiving love letter to Blue Jersey’s founders, our nuts and bolts guys, the coolest group of writers ever, and Blue Jersey’s 2015 MVP Ronen Kauffman (and Aark Media) who gave us Blue Jersey’s streamlined new site. Below, all the…
Read more

Blue Jersey’s about to change – big-time. In just a few hours, the site you’re looking at now will be gone, and in its place will be a shiny, new Blue Jersey 2.0: sleeker & more user-friendly mobile-friendly for your…
Read more

Blue Jersey is 10 years old today. And its all about to change.

Blue Jersey came to life at 8:39pm on Wednesday, Sept. 28, 2005 when Juan Melli, Blue Jersey’s blogfather, created his account. I signed on less than an hour later (not sure to what, but I trusted Juan). First diary Juan…
Read more

Star-Ledger knocks it OUTTA THE PARK

We don’t have the same problem here at Blue Jersey; most  readers here are all wonky and serious-minded. But over at Blue Jersey’s Facebook, we have to police posts & comments for nasty-talk, name-calling and mocking people – including politicians, including Gov. Chris Christie – for things that have nothing to do with his work as Governor.

To put it plainly, fat-shaming Gov. Christie is not cool with us. Two reasons: (1) Size has nothing to do with why he sucks as governor (2) It’s just mean. To be clear, we don’t think our FB users are any meaner than anybody else (us included); it’s more about the nature of Facebook, where mean memes, skirmishes, and name-calling are common.

Today, the photos of Christie in a baseball uniform tested everybody. I had to lay down the law at Facebook, which most people got (beyond, uh, the guy with the big photo of Jackie Gleason). But you know who put it much better than I did? The Star-Ledger: Grow up, and lay off Christie for the baseball pants | Editorial:

Just because you are not a fan of Chris Christie doesn’t mean you should be body-shaming him.

Ask yourself: Are you still in fifth grade?

The baseball pants photos have gone viral, in the most cretinous way. Enough of this ghoulish feed fest. It was a charity event. Star-Ledger Columnist Steve Politi is right – lay off him.

If Christie were a female politician, would we tolerate this degree of nastiness? Are we really ok with counting the wrinkles on Hillary Clinton’s face?

We don’t love Christie. And when we criticize him, we’ll be specific. There will be links. I hope it’s not insubstantial or stoopid. If it is, call us on it. Meanwhile, relax, be nice, and go read the Ledger’s whole piece. It’s everything today.

Did you get a funny-looking page here earlier? 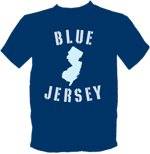 This morning, Blue Jersey and two other sites that use the same platform we do all were cycling between our normal front page and a view that made us look like we were … gone.

We’re working on it. Big thanks to Eugene Sonn, a journalist at WHYY in Philly who alerted us.

Today, or any day, if you spot any trouble on our page, please flag us at contact@bluejersey.com.

In a NY Times story about whether the Governor’s grip on New Jersey Republicans is showing signs of slipping, they had this great line about the perception change Bridgegate has helped bring about:

Mr. Christie, who was first elected thanks in part to his profile as a clean-cut prosecutor, is now stuck parsing legalisms in an effort to play down his administration’s culpability in the events that led to the federal indictments last week.

Those here at Blue Jersey would take issue with the clean cut prosecutor profile, but that’s another story for another day. In this situation, the Governor’s people have tried to drop the bar so low that if in fact he wasn’t working the cones himself – did he think he was funny? – then it really has no impact on him. But in fact, the abuses of Bridgegate have helped to further undermine the foundation that was propping the Governor up all along. And no matter how hard Christie’s people try to spin it, parsing legalisms is not leadership.

Past NAACP NJ Chief on Gov. Christie: “A pattern of breaking the law when it comes to civil rights”

A couple of days ago when I posted this – Chris Christie: The guy who lives HERE doesn’t think NJ needs affordable housing – about how our private-jetting, luxury hotel-loving, fabulous mansion-living governor doesn’t see the need for affordable housing in his state, Darnell Hardwick of NAACP New Jersey reminded me of this, two years ago:

Here is NAACP NJ’s former chief James E. Harris, charging Gov. Christie with a pattern of breaking the law when it comes to civil rights. This is dead-on:

“He’s breaking the law because he has a different idea of what government should be. [Christie] wants to disengage government at the local level and let local people have control. In a state like New Jersey that’s so racially segregated, if you leave the choice to local communities, they won’t change. We’re the most racially segregated state in the United States of America … We have school systems based on housing patterns where students go to school without having much interaction with any of the students other than their own race. So the governor wants to placate and play to the governor’s side which is leave us alone and we’ll be fine. Well, civil rights says you can’t leave people alone because things will never change.”

@GovChristie’s Casual Relationship With The Truth

Here at Blue Jersey, “interested observer” finds proof that Chris Christie wasn’t telling the truth when he said he only met Cowboys owner Jerry Jones in 2013. It turns out this past December Christie claimed he had been friends with Jones for far longer:

And that would also seem to back up what he said with Steve Adubato this past December:

However, in an interview with Steve Adubato on PBS in late December,

So if “Jerry” didn’t meet Chris until 2013, why have they been friends for 5 years with Christie saying he got his first call way back in 2009?

We’ll have to see how all this impacts the investigation into whether Christie influenced the awarding of a contract to Jones’s firm by the Port Authority. But we don’t have to wait to put this incident into a larger context that explains the character of New Jersey’ governor.

Because for a long, long time, Chris Christie has had a casual relationship with the truth: