This public love note was written by Louise Walpin for her wife Marsha Shapiro, and posted to friends this weekend. Yesterday was the 5-year anniversary of marriage equality, and the anniversary for Marsha & Louise, pronounced married seconds after midnight,…
Read more

Marsha and Louise for Menendez

Image above: Marsha Shapiro (far right) at a February 2012 press conference celebrating the Senate’s passage of marriage equality. Many years ago, I attended a same-sex wedding in Manhattan. The brides could not be legally married in New Jersey because…
Read more

If the names Marsha Shapiro and Louise Walpin sound familiar, it’s because you remember them as two of the best-known plaintiffs in the New Jersey marriage case, and the long-time couple was among the very first to be married when NJ…
Read more

I just got to vote against the Freeholders who made Laurel Hester’s last months a living hell.

Today I got to vote against two of the evil Ocean County Republican Freeholders, Bartlett and Little, who were among the real life villians of FREEHELD, the Oscar winning documentary by Cynthia Wade, and FREEHELD the feature film starring Julianne…
Read more 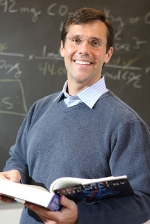 After a 7-minute graduation speech delivered at Franklin High School by Board of Education President Ed Potosnak, fellow board member Pat Stanley is calling for his resignation. It’s hard to walk away from her letter to Potosnak, copied to all board members and now made public, without concluding she outs herself as a raging homophobe who failed to grasp any substance in Potosnak’s well-received words because she got totally tripped up by the gay.

And no, he will not be resigning.

Nor, I suspect, will he be intimidated. I imagine Ms. Stanley would be a lot more comfortable if gay people – Potosnak is out gay and getting married in a few days – stayed in the closet and allowed people like her to try and shame them into silence. And I do not expect silence at the Franklin Board meeting tomorrow night. A public meeting:

School Board meeting 7:30pm Thursday – Open to the public

Cafeteria (Entrance is at back of HS)

So, what did Stanley say? In her letter, she accused Potosnak of “hijacking” graduation:

“You presented very personal information regarding yourself and your intimate life which was just uncalled for in that venue.”

“(I)n my thirteen years in professional music and theatre, I have known many, many homosexual men. I still have friends who are professionals in the business. But they always behave like mature gentlemen and are truly considerate of other people.”

Wow. So some of your best friends are gay, huh. Let’s unpack this for a sec. There’s something almost antique about her language. It is an emphasis dah sex?

We don’t always get victories. And sometimes when we do, we’re onto the next hurdle before anybody even suggests we should take a second, raise a glass and be happy together.

Last night, Ray Lesniak and Salena Carroll hosted some of the veterans of the marriage equality movement in New Jersey at their beautiful waterfront home in Mantaloking. In the little knots of conversation I was in, there was our usual political gossip – Christie’s full-of-himself 2016 announce, the 2017 Gov race – mad quoting of Justice Antonin Scalia’s verbal meltdown in the Obergefell decision, and some amazement that after all that work from so many people marriage equality is now everywhere. I was thinking of Laurel Hester, how clear she was that her partner Stacie should receive her death benefits, how even as she was dying of lung cancer, her determination focused the marriage equality movement in New Jersey. Out of that, and from the people assembled on the waterfront last night, I learned so much. It’s a privilege to fight beside people who give it all they have. Always will be.

Before the sun went down, the rainbow flag was raised for the first time alongside the American and New Jersey flags at Ray and Salena’s beautiful house. 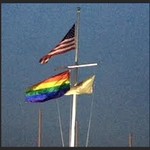 Historic Marriage Decision: What they said

Marriage Equality is now the law of the land and in every state, so affirmed in a 5-4 decision announced this morning by the U.S. Supreme Court in the case of Obergefell v. Hodges. “No longer may this liberty be denied,” writes Justice Anthony Kennedy for the majority. “No union is more profound than marriage, for it embodies the highest ideals of love, fidelity, devotion, sacrifice and family. In forming a marital union, two people become something greater than once they were.”

Below, a roundup of some of what was said on this historic day – in NJ and elsewhere, by our governor, and other people who want to be president both on the equality side  and on the other side. Plus a bonus from Justice Clarence Thomas’ unintentionally ironic, moronic dissent.

“My heart is also in Charleston. These past few weeks and months have been an important reminder that discrimination in many forms is alive and well in America. Progress for some is not progress for all. If we’re committed to equality, must be committed to justice for all.”

“Progress on this journey often comes in small increments, sometimes two steps forward, one step back, propelled by the persistent effort of dedicated citizens. And then sometimes, there are days like this, when that slow, steady effort is rewarded with justice that arrives like a thunderbolt.”

No SCOTUS decisions on marriage or Obamacare today 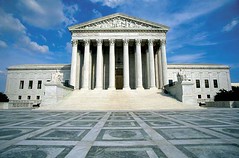 Looks like we’re going to have to wait a few days for the outcome of two blockbuster cases before the U.S. Supreme Court. Decisions in four cases were announced this morning, but no SCOTUS decision in the marriage case (Obergefell v. Hodges), which could once and for all settle the marriage issue for all the states, or the Obamacare case (King v. Burwell), which threatens to gut the Affordable Care Act.

Among the four decisions announced today, one carries bad news for some of those swindled by Bernie Madoff. In another, Justice Kagan quoted Stan Lee in a decision involving Spiderman. Beat that.

With only a few days left before the end of the Court’s term (end of June), it is quite possible that the Court will announce Obergefell and Burwell last. Let’s call it their big finale.

There were 47,000 on SCOTUSblog this morning, which is a lot but not a record. That record is a million, for the first ACA decision.

Over the weekend, our niece and her beloved talked to us about their wedding plans. There’s a date, a dress, a place. But it’s all on hold. And that’s because they’re among young straight couples who vow not to marry until gay couples can, with that right respected in every state in the land.

Five years ago, as 7,000 equality advocates flooded the State House when the NJ Senate failed to pass marriage equality, I went around talking to people about why they were there. A woman I’ve known for years – straight, married and a mother – said the very best thing I heard that day: “I’m married, so I have a stake in the institution of marriage; it’s mine. And I believe that marriage will be better, stronger and more of what it should be when it includes all the couples in love.” Yeah, THAT.

Pretty easy to figure out why most gay people anxiously await the U.S. Supreme Court’s decision (which will come in June, and could blanket marriage equality across all states). But the fact is, it’s a key issue of justice and equality for so many people outside of the demographic whose rights it may immediately recognize. The haters come out in force of course, but the arc of winning favors our side. I was at the U.S. Supreme Court the day of the DOMA decision, and I’ve never seen such joy. I want to see that again.

Rally 6:30pm on the night of #DecisionDay

You can remember a day when Gov. Christie – whose “moderate” Republican stands, made-for-TV personality, and corporate welfare-fueled love affair with business – would have been at the top of a chart like this. Now he’s at the bottom (insert random power bottom joke here).

Freedom to Marry tells Joseph DeIorio & This Shipley’s love story. They’re the quote opposite Christie, and they live in Roselle Park. Christie says he’s “not a fan” of same-sex marriage. Think about the enormous arrogance of that remark. As if Christie thinks it’s his right – perhaps in his mind, his God-given right – to pass judgement on another couple’s dedication and love. I’ll let you make up your own mind if you’re “a fan” of Christie’s marriage.