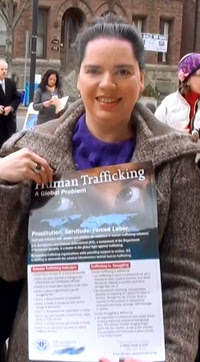 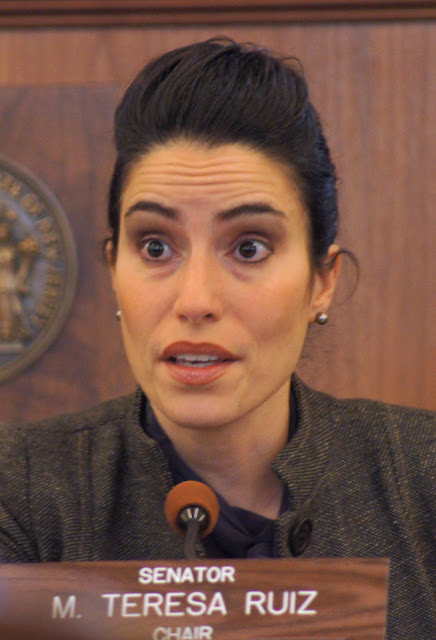 All Generalizations are False

The title of this piece is contradictory. After all, it in and of itself, is a generalization.

But I’ll still go out on a limb and make a generalization – In any of New Jersey’s 40 legislative districts it is better to elect a Democrat than to elect a Republican in the upcoming election.

Timely v. Immediate: What a difference a Governor Makes

Tom Kean Jr. was a frequent critic of the Corzine administration, particularly on the issue of transparency. But he seems to have taken a healthy dose of patience now that his man is in the Governor’s office. Let’s hop in the way back machine:

Consider 2008, when then-Gov. Jon Corzine created a nonprofit organization to promote his signature plan to pay down state debt through higher tolls. Kean (R-Union), the Senate minority leader, urged the Democratic governor to “immediately” disclose information about donors to “Save Our State NJ Inc.,” saying it should be made public before the Legislature voted on Corzine’s plan.

Corzine’s effort never got off the ground, but they still disclosed who supported the effort. Now back to today:

So The Auditor wondered how Republican Kean felt about “Reform Jersey Now,” the nonprofit launched last week by leading Republicans and allies of GOP Gov. Chris Christie to support Christie’s agenda. It is structured exactly the same as the group that pitched Corzine’s plan.

“The leaders of Reform Jersey Now should voluntarily follow Gov. Christie’s continued commitment to a more transparent Trenton in a timely manner,” Kean said. But he declined to say exactly how “timely” it should be.

Hopeful wrote about the Governor’s new pay to play organization last week. I’m guessing a timely manner means no time soon, I’m sure it’s longer than immediate. Clearly contributions to support Governor Christie aren’t as important as those to Corzine. Way to be consistent Junior.

In their own words: A GOP review of Governor Christie’s budget

Just before the budget address yesterday, the Democrats put out a release with statements made by Republicans in the past few years when Governor Corzine proposed cuts in some of the same areas:

“The lack of state aid will translate into school property tax increases across most of New Jersey.” – Sen. Tom Kean

“The governor claimed that he recognized that property taxes in New Jersey were high and needed reform.  No one interpreted that as eliminating or curtailing the only program that provides some relief to taxpayers.  The ultimate effect of doing what the governor is suggesting is actually a tax increase.”-Alex DeCroce

“[This] budget proposal would remove property tax relief for middle-class New Jerseyans who are already struggling to survive in this tough economy. Now is the time when the people of New Jersey are most in need tax relief, but [the Governor] is offering little more than higher taxes.” – Sen. Andrew Ciesla

What a difference a change in Governors makes. Now they’re all praising Christie’s bold action and attacking the opposition by Democrats. This time the Republicans will have to stand up and vote for these changes rather than taking pot shots in press releases, which is clear from their difference in tone and response.

Caption Contest: What a pair

Even though there was very little publicicity, GOP chair Michael Steele was in the state yesterday. He visited a phone bank at the Union County GOP headquarters and was joined by Junior: Remember Tom Kean Jr’s multiple Senate campaign rallies and events at country clubs? That seems to be where Republicans in the state go to organize their base.

When they told 3rd district Congressional candidate Chris Myers that he had to organize the grassroots, he apparently thought that meant the golf course.

Please come join us as we organize The Myers for Congress Grassroots Team!

Find out what you can do to help.

Refreshments will be served.

Power to the people!

April Fools’ Day was yesterday, but Claire Heininger at the Star Ledger writes about Newt Gingrich’s visit to New Jersey today and the apparently straight-faced advice he shared with the struggling Republican party:

“This is a state which if you look at the cost of bad government and bad culture … the potential is there for a reform movement,” said Gingrich […]

This is absolutely true. I don’t disagree with that at all. But I do question his sincerity. And I wonder about the motivation of those turning to Newt Gingrich for good government advice.

Gingrich, after all, was the architect of the so-called K Street Project, which is at the center of the current corruption scandals. As the Post reported in 2002, “Starting in the mid-1990s, some Republicans, including then-House Speaker Newt Gingrich (R-Ga.) and [Representative Tom] DeLay, have advocated tracking the political affiliation of lobbyists, as part of an effort to place more conservatives on K Street.” In return, K Street would help the GOP ram through corporate-written legislation and fill GOP coffers with campaign contributions. It worked perfectly. The American Prospect reported in 2000 that within the first six months of Gingrich’s tenure as Speaker, “the Republican leadership introduced a spate of controversial bills gutting regulatory agencies” and that “business contributions more than doubled from what they had been during a comparable period in 1993.”

Does Andy Unanue approve this message?

New Jersey Republicans have been freaking out for the past few weeks about the prospect of running either Joe Pennacchio or Murray Sabrin against Senator Lautenberg.

Sabrin is the Ron Paul libertarian type (though not really: he’s for a constitutional ban on abortion, a national language, etc): 1/3 good ideas, 1/3 “interesting” ideas and 1/3 absolutely crazy ideas.

Pennacchio wrote a manifesto in 1991 (that just got unearthed) that actually had a lot of good ideas in it (which Republicans hate), but he’s since renounced most of those anyway. But it also had controversial stuff about how women are equal (but not really) to men and about putting homeless people onto military bases. And the whole thing overcompensates a bit on the issue of race. My favorite line reminds me of Joe Biden: “Shelby Steele, a black English professor at San Jose’ State has written eloquently on American race relations.”

Since Anne Estabrook dropped out of the race, Republicans have been throwing out all kinds of names as potential third options. Rudy Giuliani, Mike Huckabee, Al Leiter and lately, Andy Unanue – former COO of Goya Foods.

The last one stuck and he threw his hat in the ring yesterday. And it’s funny how giddy Republicans are about him. NJ GOP chair Tom Wilson:

“The opportunity to put a different face on the Republican Party and have a candidate who is young, Hispanic and so dynamic excites a lot of the party leaders right now.”

That is quite a different face. They’re going from running a disgusting, racist campaign against Senator Menendez in 2006 to running a Hispanic of their own less than two years later.

The GOP still doesn’t get it. You don’t automatically win over Hispanics or blacks or any other group just by running them for office. You start by not being so racist and scapegoating them for all of the country’s problems.

I don’t know very much yet about Unanue, but I do wonder how it must feel to be drafted by and agree to run with the party that used your ethnicity to scare voters in the prior election.

Does Andy Unanue approve this message?

Reaping What Their Parents’ Sow

We already know Tom Kean Jr. pales in comparison to his father in terms of political acumen.  We regularly see comparisons between father and son that don’t look too good for the son, with Senior’s success and reputation raising expectations for Junior — expectations Junior can’t meet.

Now we see a new problem for Tom Kean Jr. when it comes to his father: Dad’s negatives attach to the son, as well.

Yet with state debt at an all-time high and public pension and health care expenses rising, the political leadership agrees the time has finally arrived to take the car into the garage to do something about the spending, even if some are unhappy about it.

“There’s a great deal more (cutting of) waste and structural reform that need to be implemented if we’re going to get to the goal of making the state more affordable,” state Senate Republican Minority Leader Thomas H. Kean Jr., of Union County, said. “We have to look at everything.”

Yet when Kean’s father, Thomas H. Kean Sr., was governor in the 1980s, state spending doubled during his eight years in office.

Oooooh, it was your own family’s fault?  Daaaaaaammmmmmnnnnnn.

The truth is that Kean Sr. not only drastically jacked spending but also handed his successor, Jim Florio, a massive deficit that Florio closed with increased taxes.

It’s an old Republican trick since the Reagan days.  They get in power and spend like drunken sailors, then give up power to the Democrats and scream to the rafters about taxes increasing to pay for their own excesses.

They get to give the public all the goodies of increased spending, then blast the Democrats who are forced to pay for it.

And that’s just what Junior’s doing today.  Corzine inherited a mess that was in no small way created by 16 years of Kean Sr. and Whitman spending, debt and government growth.  Kean Jr. and Kate Whitman are now blasting Corzine and making fixing it harder.

Because, you see, it’s more important to get back in power so they can spend again than to actually fix the situation and help New Jerseysans.