New Jersey Governor Chris Christie and former Maryland Governor Martin O’Malley have a lot in common. Most notably, both are running for President and neither of them has a chance of capturing their party’s nomination. Christie is only 124 days…
Read more

Merrily we roll along. NOT!

Photographer Bob Leafe intrigued by geese taking shelter under the Route 4 bridge in Teaneck discovered something “pretty scary” – a vertical gash that extends along one of the giant pillars holding up part of the span that carries more than 100,000 vehicles each day. State Transportation Commissioner Jamie Fox has ordered an immediate increase in inspections but has limited staff and funds to complete the task or to assure our safety. In the meantime unknown dangers of deteriorating structures lurk throughout our state.

“I don’t think any of us, who want to see more robust rail service, or more bus service, or better roads and bridges, will just accept the notion that we sit back and do nothing,” said John Wisniewski, Chair of the Assembly Transportation Committee on Monday. Although some legislators remain wary because of polls reflecting the public’s displeasure over a gas tax increase, the most significant roadblock is the governor.

Christie has always been vociferous about not raising taxes. However, Republican governors across the country, as a N. Y. Times article points out, are doing just that, and acting out of pragmatism in spite of their ideology. Gov. Nikki R. Haley of South Carolina, a Republican, said she would allow the state to raise its gas tax. Rick Snyder of Michigan, a Republican, has urged voters to support a ballot measure that would increase the gas tax. In South Dakota, Gov. Dennis Daugaard proposed an increase to the gas tax.

Whatever happens will require the governor’s buy-in and may result from a pre-agreement with legislative leadership. Put pressure on the governor. Send him an email, tweet (@govChristie), phone call (609-292-6000) or letter (Office of the Governor PO Box 001 Trenton, NJ 08625). Transportation and our safety are important and essential for our economic growth.

The issue is not whether we want to tax ourselves more, but whether we can accept rapid deterioration of our infrastructure and the hazards that would result from a depleted Transportation Trust Fund.

Yesterday, as the Bridgegate Select Committee on Investigation (SCI) prepared to formally release their findings everything had to come to a halt so Sen. Kevin O’Toole could throw some smoke. It was quite the show.  He complained Republicans were being mistreated, and  went on to question co-Chair John Wisniewski’s motives and actions – – even comparing him to Kim Jong Il. Asm Greenwald, watching this, said he’d never seen such a level of unprofessionalism in his 20 years in Trenton. There were also loud complaints about the number of times co-chairs Wisniewski and Weinberg had been invited on TV.

So this sober account of where the investigation stands – with Weinberg and NBC’s Brian Thompson on Hardball with Chris Matthews – should unsettle O’Toole mightily. Oh well.

Last week, I posted a diary called “Imagine”, in which I let my imagination take me to a world where Governor Christie was a moderate Republican instead of a presidential candidate bowing to the worst that the GOP has to offer. Driving home from Trenton today, I imagined something else. I thought about how the Special Committee investigating the George Washington Bridge closure could have been more valuable to the citizens of New Jersey had the Republicans wanted to get to the bottom of the incident instead of making this a totally partisan game.

I’m not naïve. I know Trenton is the center of political gamesmanship and that every one of our legislators is a political animal. Every action, every vote, every question they pose is filtered through a political lens. But if politics is their only criterion, they don’t deserve to wear the moniker “public servant.” 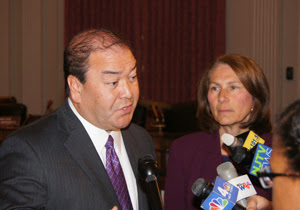 Today, I witnessed the worst exhibition of non-value-added partisan politics in the actions of Senator Kevin O’Toole as he read his opening statement during the session called to issue the interim report of the Bridgegate legislative committee. Speaking with venom that would make Rush Limbaugh cringe, O’Toole aimed his rant directly at co-chair Wisniewski with personal attacks on his motives and actions, even comparing Wisnewski’s to Kim Jung Il. PolitickerNJ’s Chase Brush called it a 10-minute tirade, and committee member Assemblyman Louis Greenwald called it “unprofessional.” Greenwald was being kind.

More, including the Democratic response, below the fold.

Assemblyman John Wisniewski and Sen. Loretta Weinberg, co-chairs of the NJ Legislative Select Committee on Investigation, released this statement about an interim report of their work investigating the Bridgegate scandal:

Statement below the fold.

UPDATE: In the post directly below this one is the statement by Asm Wisniewski and Sen. Weinberg, explaining the rationale for refusing to provide immunity to key witnesses, discussing Gov. Christie’s “curious lack of curiosity” of the harm to thousands of NJ motorists, and his front office staff, which “blurred the lines between their official state functions and campaign objectives.” Their work, they say, is not over. Statement here.

The New Jersey Law Journal (paywall unfortunately) got it right, in their headline:

Christie is doubtless puffed up and feeling vindicated as he pimps for the Keystone XL pipeline with his entourage up in Canada. As though not getting caught red-handed is the same thing as governing by the straight and narrow. As though inconclusive information – because those investigating him can’t access all the witnesses – is the same things as running a clean, ethical and law-abiding ship. And qualifying to be President of the United States.

From New Jersey Law Journal (paywall) we learn that AT&T has at least partially complied with a subpoena issued by the legislative panel investigating the Bridgegate scandal, chaired by Asm John Wisniewski and Sen. Loretta Weinbwrg, sending a 17-page list of phone numbers to and from the cell phone issued to Regina Egea. At the time of the sudden lane closures on the NJ side of the George Washington Bridge a year ago, Which we now know were deliberately ordered by some of Gov. Christie’s closest allies in his office and the Port Authority to create chaos, Egea was Director f the Authorities Unit in the governor’s office and a go-to for him on Port Authority issues. She is now his chief of staff.

Egea has testified to the committee that she sent Christie a text during a December hearing of the Assembly Transportation Committee (the first stage of legislative investigation, which later was broadened to include the Senate). Egea testified that she had deleted that text. Gov. Christie has said he doesn’t remember getting such a text.

Wisniewski said he does not yet know if any of the numbers belong to cellphones used by Christie.

Last week, the committee’s attorney, attorneys for the panel huddled with AT&T’s lawyers discussing the subpoena. That discussion is continuing, Wisniewski said, adding that he is “not prepared to say” whether AT&T has fully complied with the subpoena’s demands .

We flame the Ledger – and especially its head opinionator Tom Moran – plenty when we think they’re wrong. Today, they make a crucial distinction between what the public got for Chris Christie’s Bridgegate legal bill ($6.52 million) vs. what it got for the much-cheaper (and , uh, more transparent) legislative investigation. And it’s dead-on:

The legislative investigation has cost $725,000 through March. From that, we learned that this traffic jam was manufactured for political reasons. We learned the order came from Christie’s inner circle. And we learned that the “traffic study” excuse was nonsense. We will learn more, no doubt, but Democrats are rightfully holding off on key witnesses to give prosecutors first track.

What did we get from Mastro, at nearly 10 times the expense? Few helpful facts, but plenty of laughs. 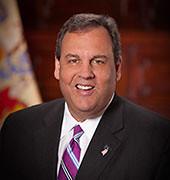 Gov. Chris Christie, who made even public safety on a bridge subject to political payback, who is now running NJ policy for the benefit of his coming White House run, appears to have been less than truthful when he promised a firewall between his management of $80 billion in pension funds and his own political operation. Christie’s already under investigation by the Securities and Exchange Commission for possible securities law violations in diverting Port Authority funds to Pulaski Skyway. But the SEC also is responsible for enforcing pay-to-play law. And there, Christie may have more problems. David Sirota says he has documents to back that up.

The head of a New Jersey board that determines how the state invests its pension money was in direct contact with top political and campaign fundraising aides for Gov. Chris Christie as the governor last fall mounted a successful bid for a second term.

The meetings between Christie’s political team and the state’s pension overseer challenge assurances from the governor that the investment of state pension funds has been fully insulated from the political process. The meetings occurred as Christie’s campaign benefited from contributions from executives at financial firms that have secured lucrative contracts to manage growing slices of New Jersey pension money.

Here – below – are GWB panel co-chairs Sen. Loretta Weinberg and Asm John Wisniewski talking to press after Tuesday’s questioning of Port Authority Commissioner William “Pat” Schuber and his I don’t know, I don’t remember, I wasn’t there testimony.

For more on this, highly recommend Matt Katz’ Port Authority — or Politburo?

Next up to testify is Christie chief of staff Kevin O’Dowd, who had knowledge that Deputy COS Bridget Kelly might have known something about the lane closures, as early as December 5th of last year – a conversation Gov. Christie walked in on, suggesting his Jan. 8th 2-hour shock and awe press conference might have been more showmanship than actual righteous outrage.