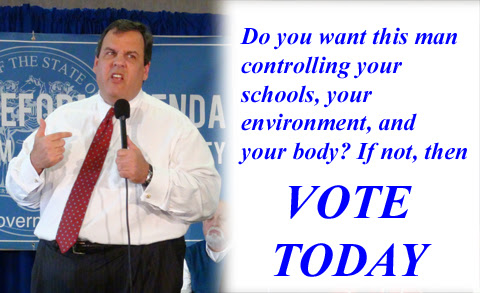 Christie is Consistent in his Inconsistency

Victory in the Battle of Trenton

Is Scarlet Fever the Cure for Penn State’s Offense?

The Chutzpah Award goes to…

Never let it be said that we are not fans of Rutgers or its football team, but head coach Greg Schiano is officially the highest paid educator in the state and it’s ridiculous that he sends his kids to private school.

Ironically, Schiano now finds himself in the same position as Belichick, with a son playing football for another coach. Schiano’s oldest son, Joey, will be a freshman at Immaculata High in Somerville this fall.

To the author of the article, that’s not irony.  Look it up.

“The Poster Child for Wannabees in College Sports”

Other than their win yesterday over Army to become bowl eligible going 6-5, it’s been a rough week for Rutgers Football.  First the Athletic Department was exposed for their lax oversight and mismanagement of the football program.

Then this morning the spanking continued on ESPN’s Outside the Lines where a guest called them “the poster child for wannabees in college sports.”  Here’s the video:

This is probably not the type of exposure they were hoping for.  They’ll just have to comfort themselves with the payout from the bowl game.

If the Rutgers University alumni in your neighborhood seem to be standing a little taller and walking with a bit more swagger than usual this weekend, it’s probably because the university’s big-time football team has scored a big-time honor: coach Greg Schiano and quarterback Mike Teel are sharing the “Goofball of the Week” laurels, bestowed by Bob Wojnowski of the Detroit News. Let him paint you a word picture:

Schiano is at least half a goofball for spurning Michigan to stay in New Jersey, where the Scarlet Knights are 0-3 and falling apart. Teel gets a well-earned share because he threw a late interception, then threw a punch at a teammate after Rutgers’ 23-21 loss to Navy. Schiano declined to suspend Teel for the incident. Rutgers’ opponents probably appreciate that.

As an alumnus reading this news, I felt the impulse to celebrate by peeling off a few Benjamins and flushing them down the toilet, just to keep in the spirit of the whole big-time football thing at my alma mater. Then good sense kicked in. When I’m in the presence of experts, my instinct is to step back and let them show everybody how it’s done, and when it comes to squandering cash, these guys have attained a state of Zen-like perfection. And to think that they do it while wearing uniforms with misspelled names? Sheer artistry! The great ones always make it look easy! All I can say is: Keep chopping!  (Bird-dogged by Rutgers 1000.)

Rutgers Football Coach Greg Schiano has denied recent reports in the Star Ledger that he has a buyout clause in his contract giving him the option to leave after 2009 if Rutgers doesn’t complete it’s stadium construction:

There is no such thing, Schiano said. There certainly were a lot of things talked about and it was all very important to me. As long as Rutgers and the state of New Jersey are committed to being the best, we’re going to grow responsibly. I think that’s what we’ve done.

The coach said the option was discussed, however.

Schiano also responded to recent scrutiny over his contract and whether that leads to added pressure to perform:

Schiano said the barbs put no extra pressure on him to win big to legitimize the money the school is investing in the program.

I’ve been at a few places and there’s always some dissent. It’s not just at Rutgers, Schiano said. No matter how popular the program is, there’s always a faction that doesn’t agree with it. I don’t feel any pressure and I don’t think our players do.

I know people aren’t happy with Rutgers and their funding priorities as a whole, but I just wonder whether you can hold a coach responsible for the practices of the University.   I also recently wrote about the problems facing students separate from the athletic departments.

On this issue however, if there isn’t a buyout clause and the University came up with “creative practices” (to put it nicely) in order to make a contract work, is Schiano responsible?  Also, if there is no clause, who started the rumor and what is to gain from it besides increased pressure to get the stadium expansion project completed?