Jen Groves, and her staff at the Cherry Hill Women’s Center know the lives of the women they serve, most of whom come for abortion services, are threatened by the people outside the clinic. They’ve had to put in place elaborate security;…
Read more

What women of CD4 want you to know about Rep. Chris Smith

We don’t do a lot of talking about Rep. Chris Smith around here. He’s the typical white bread Republican who manages to slide through every two years due more to the sheer power of incumbency than his own merit. He hasn’t faced a re-election campaign where he did less than 61% since 1982.

Even a group that formed against him, District 4 Coalition for Change, has seemed hardened to the idea that he’ll never go away, focusing on getting the apparently risk-averse Smith to be more transparent and accountable to his district – debate more, meet with more constituents, respond more to press.

But today, we have this video from them, focusing on his dismal record representing the rights of women in his district. He really has an appalling record, which should outrage women particularly (but certainly not only). This year Smith led the 41st annual “March for Life” rally in DC, wrote HR7, HR 7 would take the which aimed to use the tax code to penalize individuals and small businesses purchasing coverage for abortion services through the ACA. As Chair of the Congressional Pro Life Caucus, Smith was influential in both the Hobby Lobby and Buffer cases ruled by the U.S. Supreme Court. And he voted Against Equal Pay for Women and VAWA which, the group points out, he didn’t mention in his newsletter. Here’s what they put together:

In his continuous pandering to the right-wing mainstream of the Republican Party, New Jersey Governor Chris Christie knows no bounds. Christie has appeared at anti-abortion rallies, and while he grudgingly accept the scientific fact that global climate change is man-made, his policies benefit big business rather than those citizens who breathe air and drink water.

Take, for example, his proposal to eliminate Medicaid for New Jersey families earning less than $500 per month. If enacted, his legislation will put 23,000 people at the mercy of the for-profit insurance companies, which in reality means they will not receive medical care. I’m not an actuary, and I’m not comparing the governor to a terrorist, but I would not be surprised if this lack of preventative and remedial medical care results in more deaths than those perpetrated by Osama Bin Laden on 9/11. In Maryland, a 12-year-old boy died for the lack of an $80 procedure when his family lost Medicaid. How many stories like this will we have in New Jersey that won’t even be reported in the media?

But it’s not just Christie’s heartless attitude toward the poor that will cost lives. How many women will die because of their lack of access to pap smears and breast exams because Governor Christie thought an $800 million tax break for millionaires was more important than $7.5 million for women’s health? How many children will develop life-long lung diseases and suffer premature death because of the Governor’s foolish withdrawal from the successful Regional Greenhouse Gas Initiative? (As I’ve written before, Christie is not an effective manager, he is a quitter. Rather than negotiate changes to RGGI or the ARC tunnel, he just picks up his marbles and goes home, ignoring the consequences.)

The first “inalienable right” of the people, as codified in the Declaration of Independence’s “life, liberty, and the pursuit of happiness” is life itself. But the actions of the governor and his tea-party comrades are antithetical to the Declaration’s right to life. Instead of pouring money into discriminatory charter schools and giving tax breaks to the wealthy, the governor should re-examine his priorities as well as how he carries out his own personal beliefs and choose life.

Outrage in the “New” New Jersey!

O.K. I’m outraged!  I’m trying to figure out how to function in this “new” New Jersey environment and how to channel that outrage into productive work.

A New Jersey Congressman is pushing a bill to re-define rape. Our New Jersey Governor  speaks before a pro-life rally and then vetoes a bill which would give medicaid coverage to poor women needing health care.  A Democratic Assembly Committee releases a private school voucher bill which will pay state money for youngsters already in (read not failing) private schools. I guess I’m not used to having New Jersey guys (and gals) like these actually in charge.

The New Jersey Governor nominated and the Senate confirmed private school advocates as members to the State Board of Education, one of whom had no idea what Abbott vs. Burke was. Service on the board of the Peck School seemed to be the main prerequisite for this appointment.  I wonder how many vouchers will be extended to kids from failing schools to attend that same Peck School? A New Jersey Governor cuts funding for pre-school while claiming he is “passionate” about education.

Two new members of the New Jersey Highlands Commission have been nominated who do not believe in the Highlands preservation law.

How Do You Define Murder? 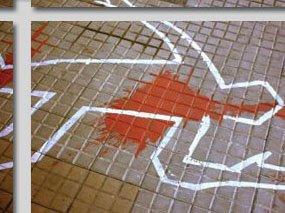 Today President Bush exercised his veto stamp for the first time since he took office to reject a bill which would allow federal funding for stem cell research.

President Bush believes as many other Christians and most Catholics that life begins at conception.  Tony Snow took the rhetoric up a notch during a press conference yesterday when, while refering to President Bush’s position, he said â€œThe simple answer is he thinks murder is wrong.â€

Many pro-lifers, I am sure were thankful that he phrased it this way.  I am too, but I just couldnâ€™t help but take the comment out of context and apply it elsewhere.  It was then that so many questions came to mind:

Is it murder to execute prisoners even after we have removed them from society?

Ginty Has the Votes To Challenge Kean Jr

According to Wally Edge, John Ginty has enough signatures to challenge Tom Kean Jr in the Senate primary:

Republican U.S. Senate candidate John Ginty has 1,248 “valid signatures in hand” and expects to gather more over the next few days, according to a source close to the Ginty campaign. Ginty has said he would enter the race if he could get the required 1,000 signatures by the filing deadline, Monday, April 10.

Not too surprising considering pro-life groups in the state have been encouraging their members to sign his petition.

In late October during the gubernatorial campaign, former governor Thomas Kean did an ad for Doug Forrester, highlighting Forrester’s “moderate, pro-choice” credentials. A Republican pro-choice group endorsed him, conservatives were furious, and some even called for not voting for Forrester.

Now it’s Kean Jr’s turn to walk the same tightrope of appeasing his radical base while playing to the state’s socially moderate/liberal population. He’s already failed. Wally Edge writes that pro-life organizations are about to endorse John Ginty in the primary:

Dan Clark, the President of the New Jersey Republican Pro-Life Coalition, said that Kean might not be able to secure the support of pro-life voters, even in the general election. “The problem Tom Kean has with pro-life, conservative voters right now is bigger than just a possible primary challenge. Tom Kean’s committee vote to support human embryonic experimentation last December seems to have been the catalyst for John Ginty’s candidacy. Before that vote, Tom had cleared the primary field and kept conservative critics at bay. Kean’s vote was perceived as a big poke in the eye to the party’s pro-life base and the chatter among activists began to find a challenger. Believe it or not, there are people who claim to be pro-life activists who want to see Tom Kean lose to pro-abortion Bob Menendez in November. Tom Kean gave these activist mouthpieces a huge club to beat him over the head with from now until Election Day. Whether John Ginty ultimately files and runs, Kean’s problem with pro-life, conservative voters will remain because of this vote.”

This is the worst possible news for Kean Jr. As Wally notes, Junior “is scared to death of John Ginty.” It’s no surprise then that he caved in to BCRO chair Guy Talarico – even after telling the opposing ticket that he would not abandon them.

Kean Jr was hesitant to back the slate of the ineffective Talarico since he needs to have the strongest Bergen County party possible. But Talarico had threatened to run someone else on the line if Junior didn’t take the party column – and soon. Afraid of a challenger, Kean Jr finally caved in to Talarico and took the party line.

Rather than fight for the strongest party organization possible, he took the easier route of bowing to Talarico and avoiding a primary challenge in the county. Which led Democratic strategist Julie Roginsky to raise an important question about his leadership: “If Tom Kean can’t stand up to Guy Talarico, how’s he going to stand up to George Bush and Dick Cheney?”

For over two decades, a noble goal has served as the facade behind which a repressive theologically-driven faction has striven to tear our country assunder.  That goal has been called “pro-life”, but in non-political terms, it has been to end legal abortion in the United States.

I know that some Progressives will be surprised that I can call this a noble goal, yet that is exactly what it is.  Some part of the pro-life movement believes that life begins at conception, and if the defense of innocent life is not a noble goal, then the entire Progressive movement is a mockery of itself.  Let us disagree with the opposition about the theological debate over the origin of life, but let us not malign their intentions.

At least, let us not malign the intentions of those whose actions adequately reflect their ideology.  As for the others, well, that’s where the facade has been erected.

Just a reminder of where Congressman Mike Ferguson’s loyalties lie, and who he has thrown his lot in with in Washington.

[W]e can look back at another year in which we’ve made tremendous progress in the pro-life movement. Our greatest victory this past year was to re-elect and re-inaugurate our great pro-life president, George W. Bush.