“The times they are a changin'” News Roundup & Open Thread for Wednesday, January 10, 2018

The story of a charter school that should never have opened, but did, because of bad public policy, the wishes of Jersey pols, campaign donations, big-money and entities set up to make profit. A deep dive, a cautionary tale. Photo: Darcie Cimarusti, Don…
Read more 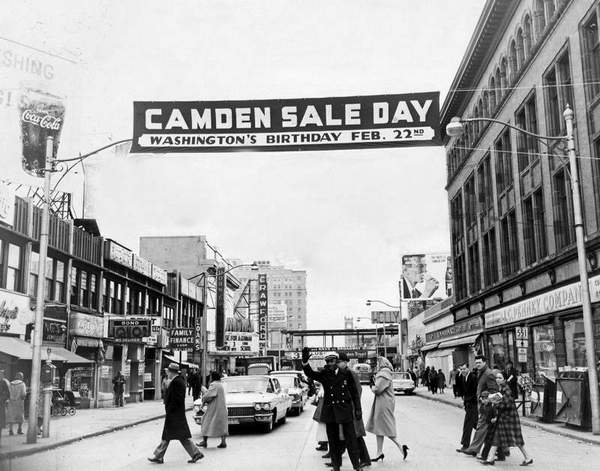 The Norcrossed Voters of District 1

Shortly after the nearly simultaneous announcements of Congressman Rob Andrews’ retirement and State Senator Norcross’ anointment as Andrews’ successor, the Norcross machine published a list of 167 elected and civic personalities that have “endorsed” the candidate.

To me, it’s incredible that such a list could be compiled in such a short time. Have you ever tried to phone or e-mail an elected official directly? Not all of them are easy to get hold of. Yet, in the space of a few days, the Norcross campaign was able to obtain endorsements from each one of them.

There are only two possible conclusions I can draw from this. Either the Norcross-for-Andrews coup was in the planning stages for a longer time than advertised, or many of the endorsements were made unilaterally by the Norcross campaign, knowing that no South Jersey Democrat would dare to buck the machine.

It’s a given that a George Norcross minion would replace Andrews. But shouldn’t the voters of South Jersey be given a choice? What about a well-qualified woman like Pamela Lampitt? A relentless public servant like Troy Singleton? What about Dana Redd or Louis Greenwald? Are these folks less competent than Donald to represent the district in Congress? There are lots of good Norcrosscrats in the District. It’s bad enough that voters must choose from within the cabal. But at least give them that choice.

Tea Party Scorecard: The Tea Party is still with us and is trying to defend its incumbent congresspersons and make new inroads in the upcoming  elections. Americans United for Change examined  the voting records of 47 Republican members of the U.S. House of Representatives who are running for reelection in statistically swing districts or who are facing significant reelection challenges. As a group, these members voted for Tea Party priorities 81 percent of the time. In New Jersey the two House Republicans who fall into this category voted in support of Tea Party bills an average of 80 percent of the time. “Rep. Scott Garrett (CD 5) had the highest score at 88% with Rep. Frank LoBiondo (CD 2) voting with the extreme wing of his party 72%  of the time.”

Scott Garrett, probably New Jersey’s most conservative Representative, both in financial and social policies, holds over $2 million in Cash on Hand as of the most recent report (ending 9/31/13) from the Federal Election Commission (FEC). Roy Cho, a 32-year-old corporate lawyer from Hackensack, is challenging Garrett and says his opponent embodies “a dangerous and toxic iideology.” The N. J.  Herald reports Cho is taking leave of his job next week to spend full-time on the campaign. The most recent FEC report ending 9/31/13 indicates he had $79,000 Cash on Hand. He has a website for contributions and is on Facebook. He previously  worked as an aide to Governor James McGreevey and as Special Assistant to James P. Fox at the NY/NJ Port Authority. Bergen Democratic Chairman Lou Stellato recently said, “He will be my candidate for Congress.”

Frank LoBiondo who has served in Congress for 20 years won his first election as part of the “Republican Revolution” that established Newt Gingrich as House speaker. Bill Hughes, Jr. a Democrat from Northfield announced he plans to challenge LoBiondo. Hughes is a criminal lawyer and son of a U. S. Representative who served in congress for 20 years. An opposition group had previously obtained the “BillHughesforCongres” URL which now tars him as “Helping New Jersey’s most corrupt criminals,” and seeks contributions to defeat him. See his Facebook page here. He has filed with the FEC but no financial data is yet available.

Today: Gov. Christie, 3:25pm, will be at Dudley Family School in Camden and later make an announcement with Mayor Dana Redd and Schools Superintendent Paymon Rouhanifard. (Do not expect the Governor to take questions.) U. S. Sens. Cory Booker and Robert Menendez, 11:00am, news conference on the Superbowl, Meadowlands Hilton, East Rutherford.

The Forgotten Victims of Violence

Those 67 victims are the latest count (and may be higher by the time this is posted) of the people murdered in Camden this year.

The situations are, of course, different. The Connecticut murderer was a single deranged individual whose motive will never be known for sure. The Camden murders have come from a variety of motives from domestic violence to drug deals gone bad.

Stricter gun laws are essential and would have reduced the number of people killed in Camden and Connecticut. Maybe the Connecticut murderer’s death count would have been less if he was only able to purchase magazines with five rounds. Maybe some of the carnage in Camden could have been reduced if vengeance were taken out by knife attacks instead of the more lethal and efficient guns. So the push for more effective gun control is necessary. But it is not sufficient.

A Governor Returns to his Roots

Several decades ago, East Camden was a middle-class blue collar neighborhood where a young man decided to raise his family. He worked as a night watchman to put himself through law school. In the years since, the East Camden neighborhood had deteriorated into block after block of vacant homes and rampant crime, and that young man left the neighborhood and became Governor of New Jersey. Today, he came back to his old neighborhood for a celebratory announcement. The full story and that governor’s comments are below the fold.

Arguably, the most important function of the state legislature is developing a budget for the upcoming fiscal year.

The governor has already submitted his version with wildly optimistic revenue forecasts coupled with significant tax breaks for millionaires. Budget committees in both houses are in the process of developing plans that meet the needs of the citizens of New Jersey.

The third and final session of state-wide hearings of the Assembly Budget Committee, aimed at hearing from the public, was held today in Camden.  Committee chair, Assemblyman Vincent Prieto and committee members listened to the testimony from a diverse set of interests.

The meeting was kicked off by the obligatory set of local dignitaries starting with William Thompson, the Vice President of Camden Community College which hosted the meeting.  He was followed by Camden Mayor Dana Redd and local Assemblyman Angel Fuentes.