On Kim Guadagno: From the Blue Jersey Archives 1 Year Ago – and Why NAACP Needed More Now Than Ever

From the Blue Jersey archives Oct. 18, 2016, an early stump speech of the LG-who-would-be-Guv, an earnest but tone-deaf speech. Proof that Kim’s race-baiting ad to alarm a white-people base into voting for her isn’t the first time it’s been clear she has work…
Read more

Below are some links to Blue Jersey video I live-streamed today at Facebook, at the 2017 NJ Democratic State Conference at the Borgata in Atlantic City. I used an iPad for these. Unfortunately, Facebook won’t generate sound for videos you first post…
Read more

Welcome To The New Democratic Party

Camden – despite political mileage at its expense by Christie, Norcross, Obama – still ranked #2 most dangerous city in U.S.

Our friends at Camden NAACP sent around a listing that provides a needed reality check to the much ballyhooed success of the Camden county police force. Camden is – still – listed as the second most dangerous city in America, based…
Read more

BY DECIMINYAN Last night, a dozen civic and environmental organizations conducted a “Clean and Green” forum at the Trinity Episcopal Church in Trenton. Despite the inclement weather, a group of about 40 involved residents came to hear presenations on various…
Read more 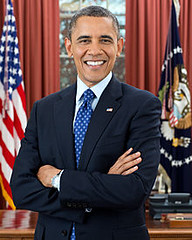 Another David vs. Goliath Battle

Suppose you are working a low-paying job and require 50 days off for cancer treatment. If you live in the United States, you’re in the only developed nation that does not require your employer to provide at least some paid sick leave.

Suppose you are a restaurant worker in Trenton and come down with the flu. If you take a few days off to recover, you won’t be paid, and if you’re not paid, you can’t feed your family. What choice do you have? Come into work and spread your germs, or let your kids go hungry.

Although 80% of Trenton’s workers already have some paid sick leave benefits, approximately 13,000 workers – mostly in low-paying jobs – are forced to make a decision on whether to work if they or their child is ill. 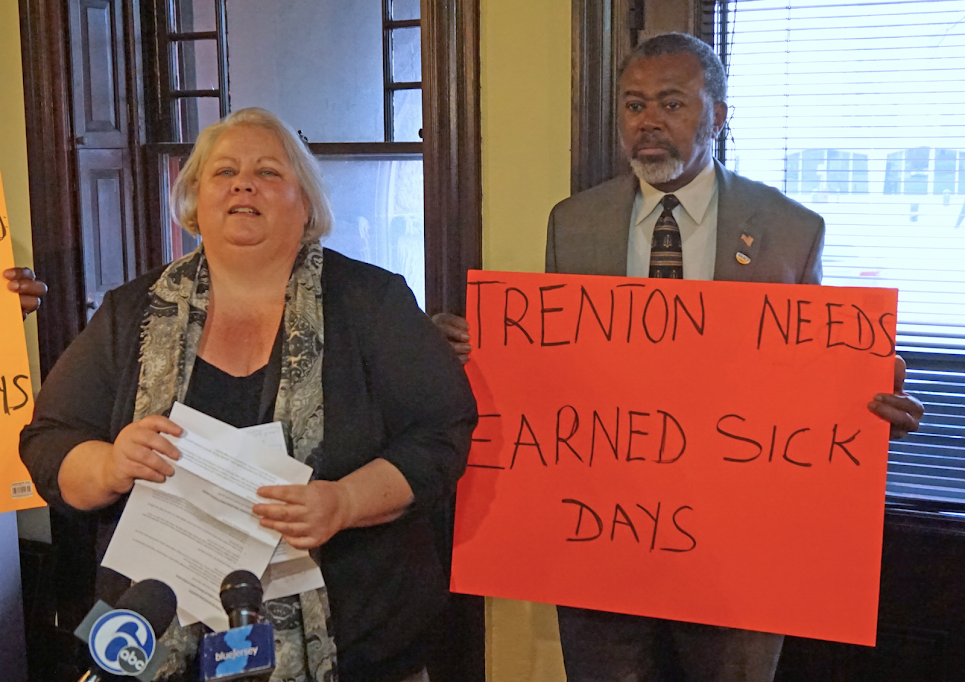 In a classic David vs. Goliath confrontation, powerful business lobbyists are now trying to nullify the will of the voters.  A Superior Court judge is scheduled to hear arguments on April 16 as to whether this ordinance should go into effect or be postponed indefinitely.

Today, in Trenton, a coalition of groups held a rally and press conference to heighten awareness of this issue.

After “investment,” Camden neighborhoods struggle to get their share of resources

In Camden, 2014 was a year of change. The education system was fully under state control, the new metro police force was ramped up, and a bevy of tax breaks were handed out to corporations for moving to Camden. Through all this change, there is one critical question that is being asked more and more often by Camden’s residents and advocates. Who benefits from all these changes? If 2014 was a year of change, 2015 is the year Camden needs to fight to get its fair share of the resources designed to help the city.

We hardly ever publish anything that comes by email, word-for-word. But this, jointly sent by NAACP and Fair Share Housing, is dead-on. The Mount Laurel Doctrine was a victory for low-income people, people with special needs and seniors. And Gov. Christie calls it “stupid.” – REE

This morning, Gov. Christie will hold a town hall meeting in Mount Laurel Township.  We welcome him to this place where a civil rights lawsuit led to the promise that lower-income families, people with special needs, and seniors on fixed incomes will not be excluded from wealthier suburban towns.  We hope he leaves with an understanding of why his housing policies are so bad for New Jersey families struggling with our state’s high housing prices.

In May 1970, the mayor of Mount Laurel rejected a proposed housing development for working families who wanted to remain in the township.  Speaking at their church, he said, “If you people” – by which he meant African Americans who had lived there for hundreds of years – “can’t afford to live in our town, then you’ll just have to leave.”  His disregard of the housing needs of Mount Laurel residents was also felt by people living in the region who were denied the opportunity to move to starter homes and apartments that Mount Laurel’s zoning prohibited.  The courts and eventually the Legislature found this to be unfair after the Southern Burlington and Camden County Branches of the NAACP, along with others, sued the municipality.

Outside the Courthouse in Trenton Today

As Bill laid out this morning, today is a key moment in the timeline of the investigation of the political ramifications of the sudden lane closures and 5-day traffic chaos last September. This morning, as the proceeding began, Judge Mary Jacobson called it what most New Jerseyans do by now: “the Bridgegate controversy”. Arguments are still going on inside the courtroom. This was the scene outside the courthouse:

The outcome of these proceedings may have tremendous impact on the ability of the people’s elected representatives – the investigative panel led by John Wisniewski and Loretta Weinberg – to find out who was ultimately responsible for what appears to be a massive misuse of government power and risk to public safety when the lanes were closed without warning or timehonored professional procedure, as well as possible cover-up, and motive. For the two Christie advisors whose lawyers are making their case inside (which just ended now after more than 3 hours) much is at stake, too. They both may know a great deal, and their own futures are at stake.

But there are larger questions at stake too, to protect the independence and integrity of NJ’s judiciary system, which is why all those people showed up outside the courthouse today. That’s my next post.