One group helped us focus the fight against TrumpCare. Here’s how to thank them.

We hardly ever ask you to give money to an ally. But I’m going to break that today. In the months-long street fight of pushing back against irresponsible Republican attempts to repeal Obamacare, New Jersey Citizen Action ran point here. Even when Tom…
Read more

Jonathan D. Salant has a piece in today’s Ledger tracking the top donors to Chris Christie’s presidential campaign. In Q4, the last three months of 2015, as he was ramping up fundraising for the early GOP contests, half of all…
Read more

Let’s Get Real: Why Our Money Matters in the Democratic Primary

I just donated to the Bernie Sanders campaign.  I support his run for President, so I am happy to donate.  But I donated now because of an email from Hillary Clinton’s campaign. Hillary’s campaign sounded an alarm today – not…
Read more

Correction: Must have been tired when I wrote this. Murphy was Dean’s Finance Chair, not Director. I knew that. But thanks to BL for flagging it.

Early news pieces took note of Phil Murphy’s time as a Goldman Sachs exec, and ambassador to Germany, skipping over the part of Murphy’s bio that always interested me more.

Phil Murphy was Howard Dean’s Finance Director at DNC, which makes him a key player in the span of Democratic activity that made most sense to me, and under which Democrats strengthened state parties, and took both houses of Congress and the White House. Phil Murphy was the guy that made sure Dean’s 50-State Strategy was well-financed.

I don’t agree with Howard Dean on everything, but he’s still making sense to me right now, post-Tuesday asking where the Hell was the Democratic Party? and talking about the Dems’ failure-to-commit, chickenshit (my term, not his) failure to stand for anything, as its own undoing.

Bonus QoTD: NJ As A Goodie Bag For The RGA

David Sirota continues to do fantastic work digging away at the conflicts and contributions between the Christie governmental apparatus and the Christie/RGA political arm fundraising efforts. For today’s latest piece about new conflicts, from his new piece, Chris Christie Raised Cash From New Jersey Contractors For Republican Governors Association, we get this Bonus QOTD:

But a conspicuous slice of this money has come from companies that have secured contracts from the Christie administration to perform work in New Jersey. Proponents of tighter campaign finance rules say this is no coincidence. In their telling, Christie is effectively using New Jersey as the goodie bag for companies willing to deliver funds to the association, or RGA, handing out taxpayer-financed state contracts as a reward for those who participate. 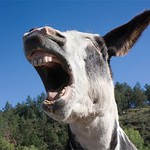 Now I get it: Why House Majority PAC pulled a quarter-mil or so out from under Aimee Belgard’s competitive race, and forked it over to Don Norcross’ sure thing.

I’m watching 3 races closely; Bonnie Watson Coleman, whose gutsy detailed position statements signal progressive intent, and Roy Cho and Aimee Belgard, who work mighty hard for every vote. At the other end of the merit scale is Norcross, whose candidacy is less about his own work than the good fortune of being somebody’s brother. His campaign has been arranged, and the way smoothed. Nothing against him. I wish him well in Congress. But, come on.

Then, I opened the mass email sent this morning by Nancy Pelosi:

THREE separate polls show Aimee Belgard TIED with her Republican opponent it screams at me in boldface. Aimee’s race is a TOP priority for Democrats.

Let’s review: Pelosi essentially controls HMP, on which her chance of ever being Speaker again rides.  She just pulled about $250k from hardscrabbling Aimee Belgard, whose opponent is a non-local who writes campaign checks to himself in the millions. Then, she writes all of us, begging for money to lift Belgard.

Tear your hair out all you want, but The National Journal has the poop on the quid pro quo. Six donations came in last month from unions and businesses tied to the House of Norcross. They total $270k; IBEW $100k, the law firm repping George Norcross $50k, Carpenters $50k, 3 IBEW locals together $70k.

Carpenters did not even endorse Aimee Belgard in CD3. They endorsed self-financed GOP insurance exec from North Jersey Tom MacArthur.

So. Norcross gets his minions to write big checks to HMP. And they swung about a quarter mil – nearly dollar-for-dollar – away from a competitive race that actually would add to their “Majority.”. And the fact Pelosi’s PAC paid for the ad signals to the Dem universe inside the Beltway that Don Norcross is a Democratic priority, so act accordingly – or else.

Welcome to our world, District of Columbia.

Bonnie Watson Coleman’s deep into a 24-hour crowdsourcing of campaign funding called a Money Blitz. People are contributing what they can to drive it, then sharing friend-to-friend by email, phone call and Twitter to ask their own friends to kick in.

Click here to join in. No amount too small & every dollar helps.

In 2 days – on Wednesday – supporters of Bonnie Watson Coleman for Congress are launching a 24-hour blitz to raise money to power this woman to a seat in Congress, the seat we’d like to see her inherit from one of New Jersey’s best ever in Congress, Rush Holt.

If you’ve never seen a money blitz (also called money bomb) it’s an awesome ramping up of outreach and fundraising – friend-to-friend – to crowdsource critical mass behind an important candidate. Once it gets rolling, it’s amazing how many people get involved – at all levels. And it’s fun.

So, Wednesday, give whatever you can. You don’t even have to leave your home, and you can participate and track what’s going on from anywhere, including from your smartphone. Every single dollar is going to help Bonnie’s campaign; a fight for women’s rights, fair and equal wages, affordable healthcare, marriage equality, and job and infrastructure creation.

There will be surprises. There will be famous names. But most of all there will be progressive people like you, who want January 2015 to include the moment when Congressman Rush Holt turns his exceptionally well-represented CD12 congressional district over to the first African-American member of Congress in New Jersey’s history, solid progressive and fine woman Bonnie Watson Coleman.

You can help spread the word by getting this link bonnieforcongress.com/moneyblitz out to friends. And on Twitter with hashtag #BWCMoneyBlitz.

RSVP here. And on Wednesday, you can watch the Assemblywoman’s progress on ActBlue.

In the CD12 Democratic primary, Bonnie Watson Coleman is the first to trumpet her fundraising totals for the Q1 period that covers Jan. 1 to March 14, 2014. She reports raising more than $120,000 in 37 days: