UPDATE#3: There may be a 13th package (Booker’s was the 11th) found in Sacramento and addressed to Sen. Kamala Harris.  UPDATE#2: CNN is reporting a man has been arrested in connection with the mail bombs sent to national leaders, including Booker….
Read more

The Doomsday Clock, maintained at the Bulletin of the Atomic Scientists, now stands at 2 Minutes to Midnight; midnight being the devastation that Albert Einstein and other scientists saw, and see, coming. Einstein did not directly participate in the invention…
Read more

For Manchester. And for Ariana’s young friends.

Ariana Grande is the cousin of a close friend. Last night, for a few awful minutes, my friend’s phone blew up with family members needing reassurance that she was alright and safely out of Manchester Arena. She was, but there…
Read more

Not NJ: I Guess She’s Not A Goldwater Girl Anymore

Back in 1964 Lyndon Johnson/ Barry Goldwater presidential campaign the Democrats ran the famously quiet but brutal Daisy ad against Barry Goldwater, questioning his sanity and his fitness to have his finger on the button that could launch a nuclear…
Read more

YOU Made Us #1…NATIONALLY!

We raised over $10,000 in one day in the Corfield Money Bomb, & hit the top of ActBlue’s State Race Hotlist. Thank you, Blue Jersey, you DROVE that. — Rosi 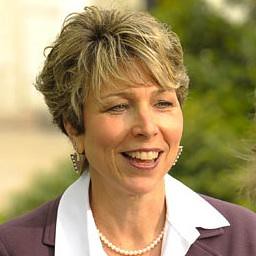 What a difference a day makes! Yesterday was an amazing day for our whole team at the Corfield for Assembly Campaign and YOU played a big part! Within just 24 hours, our "Money Bomb", raised over $10,000 and propelled us to number 1 on the grassroots fundraising site ActBlue's National "Hot List" of State Races. Our effort was fueled by nearly 200 individual, small dollar contributions and dollar-matching sponsorships by groups and elected officials including the Communication Workers of America, the American Federation of Teachers, Pam's List, Assemblyman Benjie Wimberly, Mayor Jamel Holley of Roselle, The Hunterdon County Democratic Committee, and Somerset County Vice Chair Zenon Christodoulou, and driven by the power of individuals on social media. Our Twitter and Facebook feeds were buzzing with excitement as the word spread and donations came in from across the state—and the country!

I can't thank you enough for all your help and support. We couldn't be happier with the overwhelming response we received. The response from so many people both in and out of LD16 shows that New Jerseyans want to look forward, not backward, on issues such as jobs, women’s rights and education.

This is the is latest bright moment in our history of grassroots fundraising and activism. In 2012 you helped us be named the #1 Grassroots-Powered State Race in the U.S. on the Democratic Legislative Campaign Committee Essential Races List. Thank you again for helping us continue the momentum in true grass-roots fashion. And a special thanks to Democracy for America and the Network for Public Education for reaching out to their members yesterday. I am proud to be endorsed by both these organizations that stand up for America's hard working middle class, and I'm grateful for their role in spreading our message.