2 years post-Sandy: How are we doing?

Two years ago today, Hurricane Sandy made landfall in New Jersey. More than 2 million households lost power. Almost 350,000 homes destroyed or damaged. Thirty-seven died. Gov. Chris Christie, a smart politician who’d already been criticized for failing to come back from Disney during a blizzard (with LG Gaudagno already out of state with her terminally ill father), put on a fleece and set off to redefine himself. Christie turned a moment of crisis doing nothing more or less than what his job required into a persona; the nation’s governor, fleece unwashed, brow sweaty, ready to help.

Christie’s War on the Environment Continues

Ever since he took office, Chris Christie has been an enemy of clean air and clean water. One of his first actions as Governor was to cancel the ARC Tunnel project. Not only was that project a job creator, but when completed, it also would have made train travel into New York City more attractive, taking cars off the road and reducing pollution-spewing traffic jams.

Then, in a paean to his Koch Brothers benefactors, he pulled out of the Regional Greenhouse Gas Initiative, another program that would have resulted in cleaner air and would have helped to slow down anthropogenic climate change.

Now, his administration has blocked the direct sale of electric automobiles to drivers. Tesla, a premier innovator in practical electric vehicles, has a direct-to-customer business model which bypasses auto dealerships, which I predict will eventually go the way of rotary telephones and 8-track music players.

More evidence piles up that our fleece-clad super hero of Sandy may have fleeced (or over-rewarded) a number of Sandy-damaged towns and people for political reasons, discriminated against Latino and African-American applicants and renters, received large contributions from contractors through the RGA, and mishired and then had to fire a major Sandy housing contractor which had contributed to the RGA. And let’s not forget the no-bid, over-priced AshBritt debris removal firm whose lobbyist held a $3,800 per person fundraiser for Christie, with AshBritt later forced to return some of the money it overcharged municipalities.

A shadowy figure behind Christie’s Sandy recovery program is “Czar” Marc Ferzan, who (unsurprisingly) used to work for Christie in the U. S. Attorney’s Office. Ferzan is a  powerful senior Christie staff member but seldom seen or heard. It would normally be unusual for such a high ranking official with a critically important job to hide from the public and speak through teleconferences. Of course Christie wants to take all the credit, but recently there has been increasing blame. Ferzan held one of his press teleconferences yesterday where he said, “Politics has played absolutely no role in disaster recovery.” Given past (and likely future) information, he would have a difficult time defending that position at an open give-and-take press conference. See why below the fold.

The stink lingers from AshBritt’s Sandy debris removal contract Christie initiated: Initially we learned from the NJ Comptroller’s report that AshBritt debris transport mileage calculations were over-estimated and over-billed to NJ municipalities. Based on investigation of only 8 towns the overbilling amounted to $328,942. Now we also learn that the U. S Department of Homeland Security’s Inspector General’s office is “questioning Christie administration officials over how they awarded a no-bid contract to a politically connected contractor to haul the mountains of debris left by Hurricane Sandy.” Between over-billing in other municipalities and findings from Homeland Security, do not expect the stink to disappear. Maybe there will be more damning information before the gubernatorial election.

Fair Share Housing Center (FSHC) sues the State for its failure to provide the most basic documents on why thousands of families have been denied assistance in rebuilding after Sandy. “What is the big secret around why some of the most impacted victims of Sandy are getting turned down for rebuilding money?,” FSHC Staff Attorney Adam Gordon said. “The documents that the Christie Administration are using to evaluate who gets money and who does not should be public. No more excuses, no more secrets.”

In today’s world of media short attention span no sooner is one issue raised in the gubernatorial campaign than it is quickly supplanted by another. We rapidly lose track of the totality – the many differences between the positions of each person. Let’s take a look at key issues and compare the two main candidates.

Senator Barbara Buono lays out her positions on these issues in her web site. The incumbent governor, in his web site, preferring only to laud his accomplishments, does not.

Is the Wolf Guarding the Hen House?

After vetoing a bill that would have had an independent entity audit the costs of Sandy cleanup, Governor Christie asked the State Comptroller, Matthew Boxer, to determine whether AshBritt, a company steeped in GOP influence is performing ethically and effectively. Boxer will also audit other companies involved in Sandy recovery. 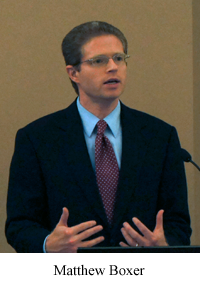 Boxer, an attorney, was appointed by Jon Corzine to a six year term which will expire in January, 2014 – the same time that either Christie is sworn in for a second term or more hopefully, Barbara Buono is sworn in as Governor.

I’ve met Matt Boxer a few times, and I believe he is a man of integrity and some of the work that his office has done has helped save money and improve efficiency among state agencies. But this is not about Boxer’s efficacy in his job.

There are two problems with appointing Boxer to evaluate AshBritt.

First, Boxer is a high-ranking member of the Christie administration. Given the political and ethical allegations against AshBritt, even if Boxer’s investigation is impeccable, there will always be a shadow over the conclusions. Only an audit team truly independent from Christie’s influence would have the credibility that is required in this situation.

Second, auditing Sandy relief is a big job. We’re talking about billions of dollars here. Has anyone in the mainstream media asked whether Boxer’s existing staff has the resources to handle this? Will additional auditors be added to his office? Or will other investigations get the short shrift, enabling other financial shenanigans and inefficiencies to go unreported?  Why aren’t the mainstream media asking these questions?

If the Governor can’t stand the heat of a truly independent investigation, perhaps he should get out of the kitchen.

Our governor provides us with the good news version of Sandy restoration, but there is also another view. Until a few weeks ago, Ron Dabal’s two-bedroom cottage on Colony Road was entombed in sand. It had been dumped there by Hurricane Sandy on Oct. 29 and sat unmoved for five months, waiting for someone to haul it off. No one came.” A recent Monmouth University poll indicates that while two thirds of those in the hardest hit areas are now back to normal, about 1-in-7 are far from recovery, and that there is a dip in confidence over how federal aid is being spent.

This is the Lobbyist for AshBritt

There are allegations that Chris Christie’s choice of AshBritt to win a no-bid contract to clean up after Hurricane Sandy was politically motivated.

There’s no smoking gun, but there’s lots of smoke. For instance, here’s a quote from the owner of AshBritt’s lobbying firm, former Governor of Mississippi Haley Barbour, who apparently recommended AshBritt to Christie in the first place. (correction: quote is from Henry Barbour, who likes to call President Obama a socialist. – Rosi)

“We’ve got a socialist in office right now — how’s that working for us?”

Oh, and the chairman of said lobbying firm threw a high-dollar fundraiser for Christie back in February.

Now, were there this kind of smoke around a Democrat with an Hispanic surname he’d be in front of a grand jury. But for the Teflon Governor?

Star Ledger gets all snarky on Senator Joe Kyrillos and the Republicans who can’t stand people questioning our King, Chris Christie.

Here’s what Sen. Joe Kyrillos (R-Monmouth) said after Friday’s hearing by the joint oversight committee: “There are some who, in their relentless campaign to criticize the governor, will even politicize a natural disaster. That is perhaps the most important lesson from today’s political theater, and it is disgraceful.”

Really? Pardon our skepticism, but this is a $150 million no-bid contract with giant political fingerprints all over it. And this is New Jersey. By what strange calculus is that not worth a hearing or two?

If AshBritt Hearings Are Campaign Events, What Are Christie’s Town Halls?

Worth pointing out that Chris Christie passed the 100th ‘town hall’ political road show way back in mid-January this year. Promoted by Rosi.

A lot of folks on the Republican side, not the least of whom is Chris Christie himself, are slamming Democrats in general and Barbara Buono in particular for holding legislative hearings on the no-bid AshBritt hearings. Even the CEO of AshBritt slapped Barbara Buono for being political.

There is an aspect of politics and theater in this, of course, as there are in most hearings. Heck, even the GOP protestations are theater. But there are also perfectly reasonable questions to ask about AshBritt’s contract and how it came about in addition to the theater. 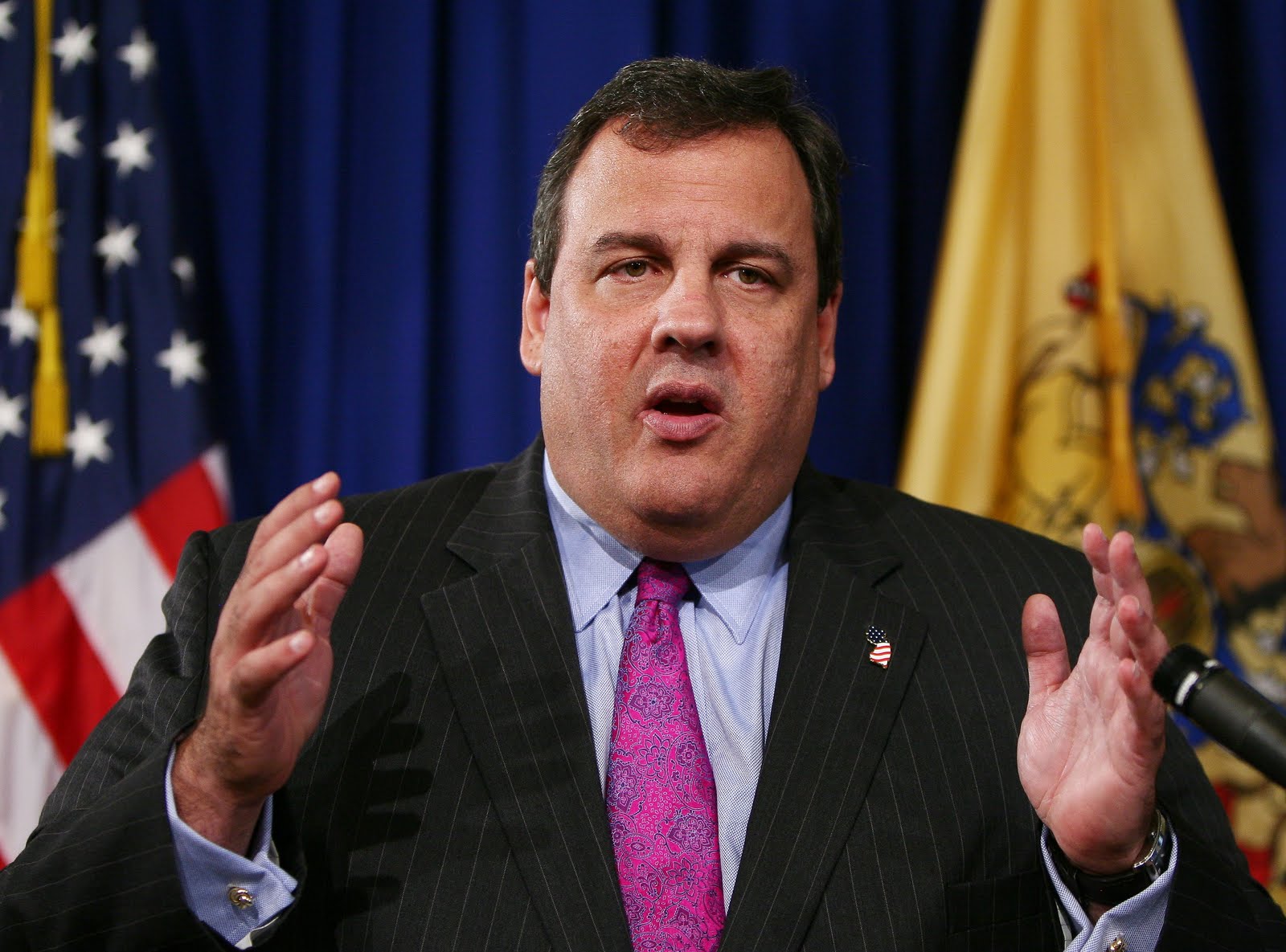 But not one of these Republicans has once been critical of Governor Christie’s town hall meetings, that cost thousands in state money to produce in materials, security, political staff and have little payoff for anyone but the Governor himself.  He has built a brand on the backs of the people of New Jersey, made himself a political hero across party lines with these shows.

It’s a little hypocritical, or really hypocritical, to accuse Democrats of holding one political hearing after holding a few dozen political road shows a year for as long as you’ve been in office.