How NJ Politicians—Democrats & Republicans —Stuck It To Consumers

Promoted by Rosi, who is not convinced Jimmy Hoffa’s body is in the Meadowlands. Super Bowling for dollars; not cool. Here’s Marie Corfield’s site. “Are you ready for some football good ole’ fashioned consumer screwing?” I’ve been quiet and not…
Read more

Today, a new era of accountability and transparency is here.

So, that’s a lot of bull. And so we have the events of today:

10:37am: David Sirota posts a piece raising ethics questions in Chris Christie, who as governor has forked over huge subsidies to the NFL, getting luxury seating with his family in the Dallas Cowboys owner’s box

2:51pm: Christie’s office comes across with some of that info – that Cowboys owner Jerry Jones flew Christie and fam on a private plane and picked up the ticket costs (taxpayers on the hook for the security). Reported by Matt Arco.

That doesn’t really settle everything, does it?

Chris Christie: Yukking it up with Regis, talkin’ Super Bowl weather. No scandals. What scandals?

First we hear Gov. Chris Christie puts conditions on what he’ll talk about in radio interviews, that’s after a history the scandal-plagued governor has of stonewalling or delaying handing over information the public has lawful right to, but he’d rather conceal. Now, he even goes so far as to stack the Ethics Commission, which may have to investigate him, with a pre-approved Christie loyalist as Exec Director, raising all kinds of red flags over at APP, which wonders where all that “openness” Christie brags about has gone, and the Star-Ledger, where Tom Moran points out that the much-ballyhooed ‘savior on ethics’ is trying to “defang an ethics watchdog” to save his own bacon.

For a while, after that weird 2-hour Me-me-mea culpa press conference in which talked mostly about himself, he went silent. Radio silent.

Now, we seem to be in a phase of lightweight, soft, self-flattering appearances. Here’s Christie with Regis … what, Kim Kardashian wasn’t available? And here’s Christie yukking it up with the folks, taking credit apparently, for New Jersey’s Super Bowl-friendly weather (and going back to the fleece, this time in sunshine yellow):

Got more important questions to ask Gov. Christie? Monday night’s your chance (unless he, uh, cancels). Go ahead – Ask him what you want. 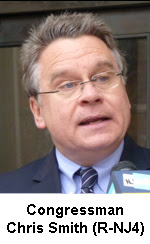