Donald Trump is A Pig, and CNN Has The Audio

Well, they held beauty pageants in New Jersey, so this fits in. Plus we’ve got 14 folks slated for the Electoral College, so it fits here, too. In the audio below Donald essentially admits to cheating on his wife with…
Read more

Christie Was With Trump When Video Surfaced, Considered Withdrawing Support

Chris Christie took another break from his day job as Governor of New Jersey to substitute as co-host WFAN’s Boomer and Carton morning show to discuss baseball, football and how disgusted he was by Donald Trump. Christie had been silent…
Read more

Nix Pence, None the Richer

For a number of months now  Donald Trump has refused to release his tax returns for public review, and the speculation has been that he either pays no or minimal federal taxes or that he gives very little to charity. …
Read more

ProgressOhio and MoveOn.org produced a series of devastating ads against Donald Trump’s favorite business practice of stiffing his suppliers, and then bullying them into accepting lower payments.  All the ads, despite running in Ohio, feature New Jersey small companies Donald…
Read more

Hillary Clinton Has A Bridge To Sell You

Chris Christie spent his speech last night at the Republican National Convention leading the throng of faithful elephants in a litany of “indictments” against Hillary Clinton. Her campaign responded on Twitter.

So I’m driving around today listening to 101.5 fm today, something I rarely do during the week but NPR is in begathon and WFAN and WEPN were in commercial, and their news came on with Joe Cutter. Story one was…
Read more

As POTUS talks criminal justice reform in Newark, the words of incarcerated women in New Jersey will be heard at RVCC

Couldn’t wangle an invitation to President Obama’s visit to Rutgers Newark to talk about criminal justice reform? No problem, if you’re in Central Jersey. Here’s another route to understanding what it’s like to be incarcerated in New Jersey, and what…
Read more 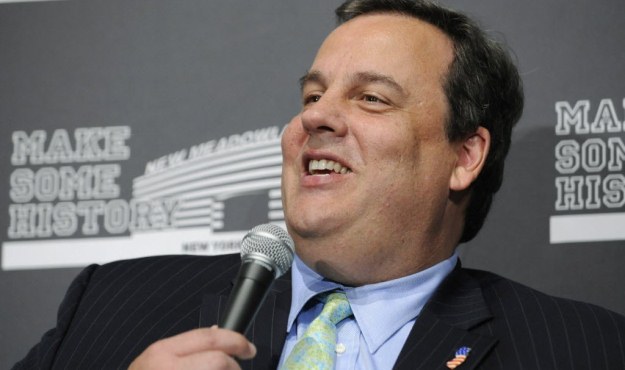