Jersey City Mayor Steve Fulop released an amazing web ad differentiating between his day at the beach on the job with Gov. Chris Christie’s. Watch:

Thank you for your efforts in providing relief and comfort to the citizens of New Jersey in the aftermath of Hurricane Sandy. I’m glad you did your job. You are receiving a lot of well-deserved praise from the press on your performance. After all, the bar was set pretty low by your patron, George W Bush in Katrina, and by yourself and your Lieutenant Governor when you were both out of the state during a major snowstorm here – leaving the relief efforts to the Senate President. So while your response to Sandy is appreciated, it is what we would expect from any governor.

It was comforting and reassuring to New Jerseyans to see you walk hand in hand with President Obama to provide solace to those touched by this tragedy. This was a welcome change from your disdain for teachers, union workers, and women’s health. Perhaps this is because Hurricane Sandy knew no class distinction. On Long Beach Island, she destroyed multimillion dollar homes in Harvey Cedars as well as trailer homes in Holgate. I only wish you had the same equality of compassion in times other than those imposed upon us by Mother Nature.

You and the President showed how governing used to be, and how it should be. You toned down your rhetoric (although Mayor Langford might disagree) and put the people before politics. You took the risk of angering your base by realizing and embracing the fact that there is a role for big government – whether it is in FEMA and the military in providing the type of assistance that cash-strapped states can’t, or in the Army Corps of Engineers repairing the beaches.

There’s a saying that “all politics is local” and whether your decision to cooperate with the President was motivated by politics or by compassion doesn’t matter. You are handling this crisis well, and we all thank you for that. Hopefully, this will be a learning moment for you and that you realize that whether or not we voted for you, you are the governor of all New Jerseyans. You are my governor. I hope the lesson of Sandy is carried forward and that you continue in the spirit of cooperation to work with those who support clean air and water, those who advocate for women’s health, those who promote marriage as a way any two adults can commit to each other, and those who rely on the public infrastructure. After all, you work for us, not the Koch Brothers and Karl Rove.

We posted over this last night with an update about the Dem state conference changes – sorry, deciminyan – so I’m pulling it up top for a bit. –  Rosi

For many years, my wife and I have been lucky enough to take a week’s vacation every summer on Long Beach Island. We look forward to a time of relaxation and enjoyment of the pristine beaches. But during his first term in office, Congressman Jon Runyan is working to take that pleasure away from us.

Working in lock-step with his Republican colleagues, Runyan is actively promoting off-shore oil drilling in the Atlantic and providing the wealthy oil companies (i.e his campaign contributors) with more financial benefits – as if they need them.

To be fair, Runyan is delivering on campaign promises. I don’t understand why Ocean County residents would vote for someone who will put their tourism industry in jeopardy, but they did.

Now Runyan is making it even more attractive for oil companies to drill. He voted on a bill to allow these companies to obtain new leases, even while they owe the government payments for fines from previous sins. And while he’s voting to cut Medicare in the (false) name of fiscal responsibility, he also voted against elimination of taxpayer subsidies to oil companies.

Our vacations on LBI have become even more cherished over the last couple of years, as we have started a family tradition of having our grandson (and his parents!) visit us at the beach each summer. They live 300 miles from the nearest ocean, so this is a special time for our grandson as well as us. Let’s hope that Runyan’s pro-oil, anti-tourism approach magically avoids Murphy’s Law and that we don’t see a repeat of the BP disaster in our back yard. For our grandson’s sake and the sake of all those kids who love the beach. 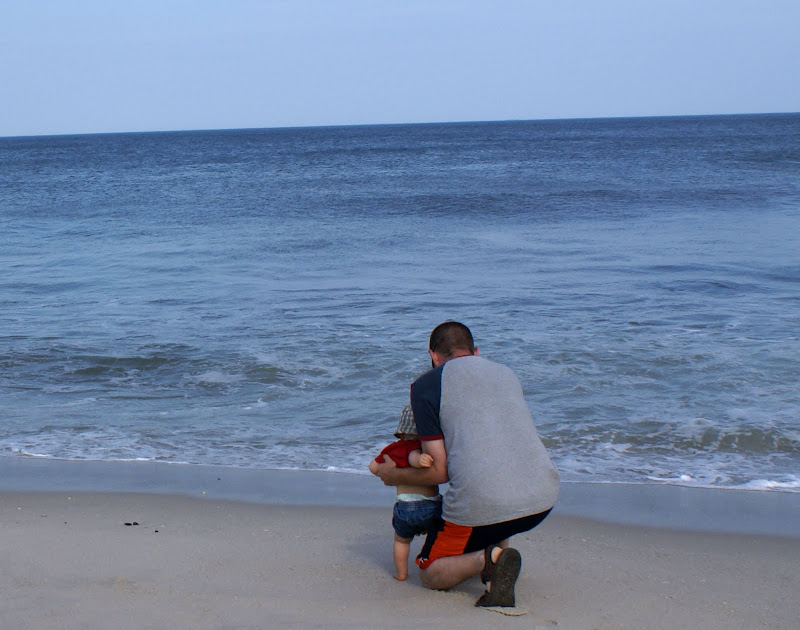 How many more years will my son and grandson be able to enjoy LBI if Oilman Runyan has his way?