Links between NJ education and Pearson are cozy indeed

Cross-posted with Bob Braun’s Ledger, which is daily reading for us here at Blue Jersey. Bob is Star-Ledger’s longtime education editor and columnist until his change of address two years ago. The Pearson monitoring, now national news, was the result of Bob’s reporting. – Promoted by Rosi 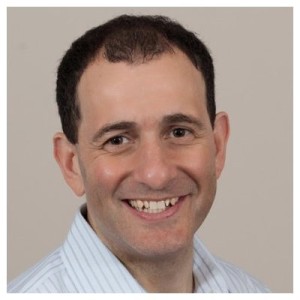 Bari Anhalt Erlichson, an assistant New Jersey education commissioner and chief testing officer who supervises PARCC testing throughout the state, has a personal connection of sorts to PARCC’s developer, the British publishing giant Pearson. Anhalt Erlichson is married to Andrew Erlichson, a vice president of a company named MongoDB. MongoDB (the name comes from humongous database) is a subcontractor to Pearson, helping to develop its national student database that provides the larger company with access to student records. Pearson later sold the center to Hobson’s which no longer deals with MongoDB. At Newark’s Hawthorne Avenue School, the test scores are up, higher than state-imposed goals-and certainly better than those of the highly touted “Renew” schools favored by the administration. The hallways are quiet. Teachers and administrators get along. And this was all done despite central office’s stripping away of faculty resources and shameful neglect of the building. So, in the crazy, bullying logic of Gov. Chris Christie’s administration of city schools, it was time to suspend the school’s successful  principal, H. Grady James. He was just too good to be allowed to stay. Should you work in the Newark schools if you think the children are potential criminals? The central administration of the Newark Public Schools sent out a letter last week to “families”-a letter over the signature of state-appointed superintendent Cami Anderson -that displayed unforgivable insensitivity by suggesting crime would go up because Newark’s children  were not confined to their schools for the two days of the New Jersey Education Association convention. It posted the same letter on its website.

The e-mailed letter, sent to school principals Nov. 12 for distribution home through students, was withdrawn within two hours and then taken down from the website, according to multiple sources in the Newark schools.

However, in at least one school-perhaps more-the original version was sent home to some 700 families.

I originally posted the letter sent to me by a Newark teacher. I later took it down and deleted all references to it because of concerns I had about its authenticity. The letter contained grammatical mistakes. Its last sentence ended with a comma-as does the sanitized version. It was sloppily written., And, of course, it contained volatile language about the imagined criminal propensities of Newark children.

Hey, New Jersey: You people wanted him, you people got him.

Barbara Buono was treated by New Jersey’s Democratic leadership as if she suffered from a contagious disease. She had one-she was a woman unafraid of Chris Christie in a state where many men leading the Democratic Party hid behind the big man’s shadow.

If courage ever spread through state politics, where would  hapless satraps like Joe DiVincenzo be? How would George Norcross and his puppet Steve Sweeney ever get to rule South Jersey as their own personal fiefdom, complete with its own university and system of voucher schools? Where would cynical religious types get the money to run their  charter  schools?

What would happen to the political ambitions of professional opportunists like Cory Booker?

Courage has got to be stamped out before it spreads-and Christie and his Democratic tail-waggers got a big start Tuesday night.

Let’s make tomorrow different.  Let’s not allow the Big Boy and his poodles to own it. Sure, I want to see Barbara Buono win,  but, if she doesn’t,  if she is sold out by too many people,  at least kick a little sand in the Pufferfish’s face:  Vote for the minimum wage he vetoed.

I know. It’s as predictable as the sunrise:  If something helps workers, it’s a job destroyer; if it helps the rich, everyone will benefit-some day.  The same tired line the New Jersey Chamber of Commerce  and other business groups are taking.

I don’t buy it. That flavor Kool-Aid went out with Ronald Reagan and the trickle down economics that brought us the worst income inequality since robber barons pillaged the country.  Just as they are pillaging it now. So the typical CEO makes 475 times what a line worker does.

You know what, punk? I’m tired of you, too. I’m voting for Buono.

I am voting for Barbara Buono to take New Jersey back from the “bipartisan,” billionaire-funded coalition of bullies, punks and cowardly sycophants  who are using the state as a testing ground for a future national assault on the welfare of the poor, working people, and  the middle class. That makes voting for Buono Tuesday an essential act of  patriotism.

I am voting for Barbara Buono because she acts with dignity and treats people with respect. Frankly, without those qualifications, I don’t care much about the rest. Despite the snarkiness of main stream media and stand-up comics-including those holding public office-I am tired of depictions of Jersey residents as crude, coarse, and stupid-depictions confirmed by a governor who is crude, coarse, and stupid. Or thinks he can gain votes and national attention by acting that way.

I am voting for Barbara Buono because she acted with courage and poise when other Democrats either ran from the Bully-in-Chief out of fear or sucked up to him for what they could gain.  She was repeatedly stabbed in the back by party colleagues who care more about their own insignificant futures-where do you think you are going in Christieland, Joe D?-than they do about the future of the state and the nation.  I am tired of Democrats who behave like obsequious little fawns whenever the Big Boy is in town.

More reasons, below the fold.

Is Buono qualified even if she’s not rich and won’t call people “jerks”?

Thank you for joining this seminar on what it means to be “qualified” to be  governor of New Jersey.  As you’re probably aware, former Gov. Tom Kean famously says Barbara Buono is a “nice lady” who is “not qualified” to be governor.  So  we should talk about the men and one woman who served as governor in the last 50 years and see what sort of qualifications they had  and compare those qualifications with Sen. Buono’s.

Until he left the Star-Ledger, Bob Braun was, in my opinion, the sharpest and best columnist there. And now he joins the ranks of NJ political bloggers. His Bob Braun’s Ledger is excellent and making waves. He sure as hell has the Star-Ledger’s number. This is the first of his pieces he’s cross-posting at Blue Jersey. Welcome, Bob. – Rosi

Former Gov. Tom Kean has done a “disservice to every single woman who wants to enter politics,” says Democratic gubernatorial candidate Barbara Buono. Kean had patronizingly dismissed Buono, a state senator who has served 20 years in the Legislature, as a “nice lady” who is “unqualified” to be governor.

Kean, a Republican and strong supporter of Gov. Chris Christie, made the comments in a weekly column in The Star-Ledger in which he and former Gov. Brendan Byrne are paid to respond to questions from an anonymous newspaper questioner.

In answer to a reporter’s question later in the day, Buono answered Kean’s comment: