Last night, a dozen civic and environmental organizations conducted a “Clean and Green” forum at the Trinity Episcopal Church in Trenton. Despite the inclement weather, a group of about 40 involved residents came to hear presenations on various topics including fracking, pipelines, civic engagement, and green jobs. 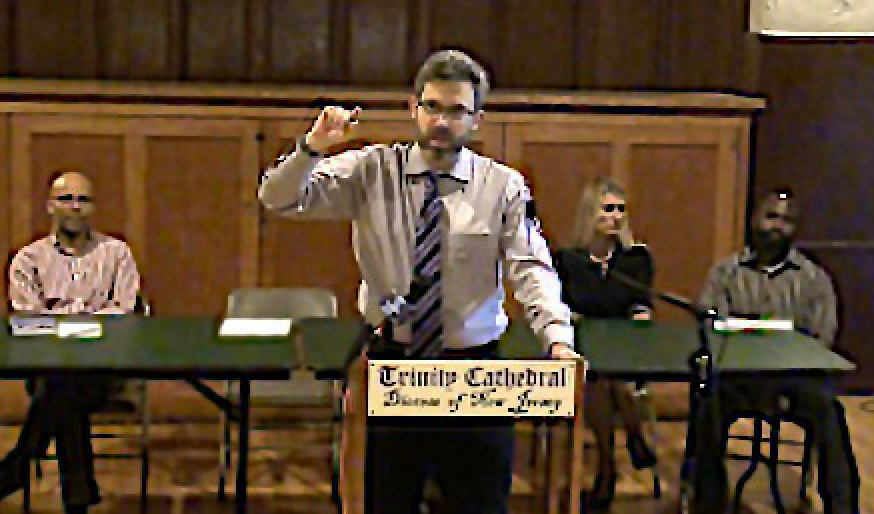 I’ll be posting some of the discussions over the next several days. But there’s an important point that should not be overlooked here. There are quite a number of organizations dedicated to bettering the lives of our citizens (list below the fold), each advocating passionately for its own position. But by banding together, and providing mutual support, discussions, and feedback, these groups can magnify their clout.

As Darren Green, a Trenton Civic Trustee pointed out, groups like his Citizens Campaign and the others at this gathering are preaching to the choir. To some extent, so are the readers of Blue Jersey. We and they are civically involved, have a better understanding than most on the issues of the day, and are motivated toward positive change. It is up to all of us to expand that group of involved citizens, improve our dismal voter involvement, and counter the apathy and (often deserved) disdain for the way government works.

You can download an audio podcast of the event here.