Cross-posted with my blog, Jersey Jazzman.

A new report from a Wall Street rating agency warns that Gov. Chris Christie’s seemingly dormant plan to overhaul government worker pension and health benefits to save the state billions of dollars could come at a risk to school districts if Christie’s proposed reforms don’t play out as envisioned.

Moody’s also raised questions about the plan as proposed, saying it doesn’t explain how reduced health costs for municipalities will be used to balance out new expenses for school districts picking up the tab for teachers’ retirements.

That proposal, devised by a special pension commission and unveiled in February, would freeze the existing pension plan and shift workers onto less generous retirement and health care plans. While the state, which pays for school employees pension and health benefits, would continue to pay for the current system’s existing debts, school districts would have to assume the costs of the new system and retirees’ health care. [emphasis mine]

What anyone with half a brain knew when they read the plan was that if there were all these savings to be had with no costs to localities, chances are someone would have found them by now. This plan was never anything more than a scheme to shift costs away from the state, to the towns and cities, and eventually to the employees.

And it is predicated on the fantasy that public workers are not part of the labor market:

“A condition of the commission’s proposal is that costs will only be shifted to the extent they can be offset by local benefits savings,” Tom Healey, who heads Christie’s commission, has said. But the commission has yet to provide details on exactly how the health plan changes would save money.

If the savings doesn’t pan out, the proposal could burden school districts that have few options but to raise taxes, cut costs, borrow money or spend their reserves to pay the tab for teacher pensions, Moody’s said.

“According to the proposal, districts would not be financially affected because any tax increases necessary on their side would be more than offset by tax reductions at the local government level, thus making it at least cost neutral,” the report said. “There is, however, no mechanism currently in place or proposed to compel municipalities and counties to either share the savings or reduce their budgets in step with the savings.”

What did the commission think: that public workers would just happily accept worse benefits with no increase in pay to offset them? That they would come to the conclusion that somehow they were overpaid — contrary to all evidence — and allow their composition to be slashed? That there would always be a supply of teachers and cops and other public workers who would gladly make way less in total compensation than they could in the private sector?

And that they would do all of things against their self-interest simply because the burden shifted from the state to the towns?

What the commission essentially said was that public workers should pay more for their health insurance, so the government could take the extra money and put it into shoring up the pensions. That is equivalent, by any reasonable standard, to a pay cut. You knows what happens when you cut pay?

People who are qualified are less likely to do the job. They look out at the labor market and they say things like: “You know, I think I would really like to be a teacher or a fire fighter or a civil engineer or a social worker. But I’d also like a nice middle-class existence, and I’m going to have all these student loans, so…”

Tom Kean, Sr. knew this back all the way back in 1982. Of course, this was back in the days when there were Republican politicians who understood that the laws of supply-and-demand applied to all workers, not just those in the private sector. Some of them actually thought if we wanted well-qualified people in government, maybe we should pay them. But in today’s cable pundit-informed America, this common sense idea is now considered radicalism — even by many Democrats.

Look, I’ll make the same deal I always make: give me back all the money I paid into the pensions, plus interest. Then give me all the money the state was supposed to put in, plus interest. I’ll take my pile and go elsewhere, and I’ll negotiate a new contract with my employer. In return, the state doesn’t get to take any more of my money involuntarily and then attempt to change the rules later.

Yes, it’ll mean higher property taxes. It will mean you’ll have to pay me and my fellow public workers more cash up front, rather than use the power of the capital markets to save taxpayers money. And it’ll mean the current pension will have to be funded out of the general fund of the state.

Sound like a good plan to you? Didn’t think so.

Will that be enough? Probably not, but it would be a better start than continuing to push for the ludicrous plan that everyone, including Wall Street, knows will not work.

The commission failed. Time to move on. Everyone, except the most delusional people in Trenton, agrees. 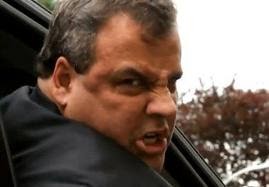