But George Norcross — a Democratic boss who runs South Jersey like Jabba the Hut runs Tatooine — wanted a charter school on the land next to his hospital. So Democratic Mayor Dana Redd ousted the school board members who were resisting KIPP (which is quite a story itself), which allowed the charter network to take over land that was supposed to go to the local public school district.

KIPP and Norcross made a promise that the school would serve all of the children in its catchment area. So far as I’m concerned, that promise has already been broken:

There’s little doubt that demand for the new schools is there, officials said, with 360 students already on KIPP Cooper’s waiting list. The school, which operated last year in temporary space, is this year serving a total of 700 students in kindergarten, first grade, and fifth through eighth grades. The district is separately using the building for grades 2-4.

See, KIPP doesn’t want those kids who haven’t been with them since day one — that’s why kids in Grades 2 through 4 can go hang. The fact that the school operates under this demand is, by itself, enough to say it doesn’t serve every child in its catchment.

As to that waiting list: as I’ve said about a billion times, why would anyone be surprised that parents choose charter schools over crumbling, unsafe district schools? The Uncommon charter network made sure that the floors of their Camden Renaissance school were air conditioned during a recent heat wave, while the public school children in the same building were left to roast. Is anyone really surprised parents would want their children to go to a school that wasn’t dangerous for their children’s health?

Why do we think it’s OK to tell the parents of Camden that the only way they can put their children in a safe, clean, well-appointed school is to enroll them in a charter? Why is there plenty of money to support charters, but none available for public district schools?

This lack of parity is particularly galling considering what Norcross said next at his little charter school ribbon-cutting fête:

“You are still going to have traditional public school existing in Camden, and we’re supporting those schools as well,” Norcross continued. “And ultimately, you’ll have district schools, KIPP schools, Mastery and Uncommon all competing against each other, which I think is very healthy.”

First of all: there’s nothing “healthy” about some students at Bonsall Elementary getting air conditioning while others bake in the heat. The notion that Norcross has done nearly as much for CCPS schools as he has for the Renaissance schools is utterly laughable.

In addition — and I know we’re not supposed to care at all about these things because “it’s all about the children,” but maybe it’s worth pointing out anyway, because it’s about people — the teaching corps for the city will likely become more white and less experienced. I’m still waiting to hear someone explain to me how this a good thing.

But here’s what’s really incredible about this statement: George Norcross just loves him some competition — so long as he doesn’t have to compete:

A hospital in New Jersey is required to submit a “certificate of need” if they’re interested in providing emergency medical services. This goes through a long vetting process by the Department of Health. The lawsuit claims Cooper circumvented the system by going straight to the Legislature. Their intent was signed, sealed and delivered into law in just weeks.

“Here the Legislature has stepped in, taking that role away from the Department of Health and made these specific designations,” said Lebowitz.

The law doesn’t name Cooper directly, but it gives hospitals with Level I Trauma Centers the right to run ambulance and paramedic services in their host towns.

“The only real benefit for the main part of the legislation is to provide Cooper with the exclusive right to provide advance life support services in Camden which Virtua has been doing for the last 38 years,” Lebowitz said. [emphasis mine]

Wait a minute: you mean George Norcross’s Cooper University Hospital has a monopoly on ambulance services? And the taxpayers have subsidized it?!

The suit also points out that taxpayers will foot the bill. In a similarly irrational move, the Legislature and governor have approved the appropriation of $5 million to subsidize the implementation of the act.

“To allow them to start up a program that Virtua has already had up and running for all this time,” Lebowitz said.

That’s right: just like KIPP got to take over public land set aside for a public district school, Norcross got a public subsidy to develop an ambulance monopoly in Camden.

At a press conference last month, the opponents accused politics were at play, referring to Cooper board chairman and Democratic power broker George Norcross.

“I couldn’t get this legislation through in two weeks, so someone has to be able to push the legislation and get the votes,” said Virtua CEO Richard Miller.

“Even the sponsors of the legislation and anyone who is testifying in the hearings on this legislation said they had no problem with the quality of the services that were already being provided,” Lebowitz said.

Neighbors of Cooper say for them it’s more about the monopoly they see taking place in Camden.

“Because Cooper is able to and has the power and the money and the backing to swallow up whole neighborhoods, especially this area,” said Camden resident Clementine Williams.

If George Norcross is all for competition, why won’t he compete in an open market for ambulance services in Camden? And if Norcross really thinks competition is “healthy,” why would his people make this claim?

Facing the prospect of an extended CN review that could prove unsuccessful, Cooper executives opted to push for the law. Cooper representatives have also pointed to research citing potential benefits from having a single provider for both BLS and ALS services.

For example, the American College of Surgeons noted in a 2008 report for the state that there are additional costs from having separate ALS and BLS providers, since separate vehicles must be dispatched for every call that requires higher-level paramedic services.

Oh, you like research-based public policy, do you, fellas? Well, how about the research that shows that the resulting redundant school administrations from having both charter and district schools in the same city creates excess costs that negatively impact school districts? Where’s your love of research now?

It may actually make sense for there to be only one provider of ambulance services in Camden. But it is screamingly hypocritical of George Norcross to demand “competition” in schools, but not in his own business.

I’ve been looking carefully at spending figures for charter schools following my review of Dale Russakoff’s The Prize. Russakoff makes an argument over and over that the Newark’s charters are better at getting money “into the schools” than district schools. As I’ll show shortly, the state data clearly contradicts that case.

There’s plenty of reason to believe the same is true regarding Camden. But Norcross wants charter schools, no matter the evidence, and whatever George wants, George gets — even if he has to shamelessly contradict himself in the process. 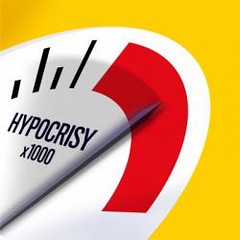