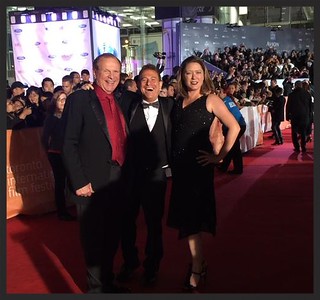 I’ve read a couple of lukewarm reviews. Hollywood Reporter says it’s an “ennobling tearjerker”. They go hard on Steve Carell, who plays Goldstein, calling his performance “stereotypical gay comic relief”. Carell took the part after Zach Galifianakis dropped out, one comedian subbing for another to play a guy who, amusing qualities aside, poured his heart into the LGBT equality movement. Variety calls Freeheld an “oppressively worthy and self-satisfied inspirational vehicle”.

Don’t care. We’ve been anticipating this movie for years, because Lt. Laurel Hester is our hero. Don’t know the story? A 23-year criminal investigator in the Ocean County Prosecutor’s Office, Laurel knew the difference between right and wrong. And because she was gay, she had to fight the truculent Ocean County Freeholders so the woman she loved, Stacie, could inherit her pension benefits like in any other family. The law allowed the Freeholders to deny her, but Laurel stood up to them – first alone, then as she faded, alongside people who fought for her and in her name.

Laurel died on Feb. 18, 2006 at 49. The world is different now, though not different enough. But we owe some of the victories to people like Goldstein and Laurel, and senators Lesniak and Loretta Weinberg who led the fight in the NJ Legislature, and the wave of human energy that has been GSE. And people like Cynthia Wade, who made the Oscar-winning doc Freeheld this film’s based on. And Ellen Page, who recently came out herself. She fought for years to get this movie made. And I can’t wait.