“We are doing Common Core in New Jersey and we’re going to continue. And this is one of those areas where I have agreed more with the President than not. And with Secretary Duncan,” Christie said at 2013 conference for KIPP Public Charter Schools. And he hasn’t been shy about criticizing others in his party for opposing the standard. “I think part of the Republican opposition you see in some corners in Congress is a reaction, that knee-jerk reaction that is happening in Washington right now, that if the president likes something the Republicans in Congress don’t. If the Republicans in Congress like something, the president doesn’t.”

The governor, speaking at Burlington County College in Pemberton, declared Common Core is “simply not working.” Christie wants to assemble a team to develop a state-based group to develop “new standards right here in New Jersey, not 200 miles away on the banks of the Potomac River.”

The speech is Christie’s first policy speech delivered in New Jersey and his fourth such speech since taking concrete steps toward a presidential campaign. The first three speeches – which included topics such as national security and economic growth – were given in the early presidential voting state of New Hampshire.

“It’s now been five years since Common Core was adopted and the truth is that it’s simply not working,” Christie said.

“It has brought only confusion and frustration to our parents and has brought distance between our teachers and the communities where they work,” he said. “Instead of solving problems in our classrooms, it is creating new ones.”

The review will focus solely on New Jersey’s standards in math and English/Language Arts, which are aligned to the Common Core according to a presentation Wednesday. The state’s seven other academic content areas are not tied to Common Core.

The review is intended as an opportunity to build on the existing standards through clarification, addition and omission, Assistant Education Commissioner Kimberly Harrington told the state Board of Education.

“We will not be tearing down and starting over,” Harrington said.

“They have spent a lot of time clarifying the standards, looking at the sequencing of the standards, but not making real sizable, substantive changes,” [Education Commissioner David ]Hespe said.

So Common Core is good, until it wasn’t, except it really is. Got it… 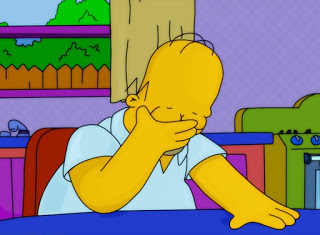 Of course, any debate about standards is completely pointless if you’re not willing to put up the money the state’s own law says is needed to meet the old standards, let alone the new, “rigorous” ones. But we don’t talk about those things around this state… 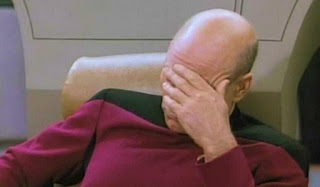 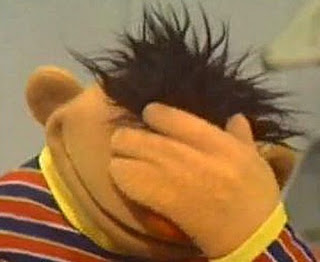 I honestly do not know how much more stupid I can take this summer, folks. 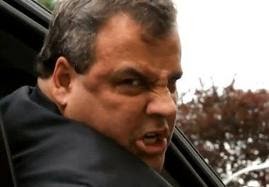 You’ll take as much as I give you! And then some!

“We knew that Gov. Christie wasn’t serious about raising standards when he renounced the Common Core in May. Today’s presentation proves that his move was about pure politics, not policy. Despite the fact that New Jersey has been implementing the Common Core for several years, the presentation pretends that all we need are some minor tweaks to the New Jersey Core Curriculum Content Standards. It allows a total of 11 meetings over four months for several committees to revamp and replace everything that educators have been working to implement since 2010.

“As usual, classroom educators are underrepresented. On the main Standards Review Committee, only 6 of the 23 positions are designated for classroom teachers. The people who really know how standards work in classrooms are an afterthought. After all the work teachers have done in recent years to implement the Common Core, limiting their involvement and decision-making power here is another insult.

“While it is clear that this is not a serious policy initiative, it is another setback for New Jersey students.  Instead of taking a thoughtful approach to ensuring they have the highest quality standards, this sham of a review process will mean at least another lost year.  Gov. Christie has clearly decided that the only thing that matters is his political future.  Our schools and students deserve much better.”

As I’ve said before, it’s not that standards don’t matter:

Folks, here’s what I can tell you I know for sure:

– Poverty affects school outcomes, and we have a sickeningly large number of children in poverty.

– Our schools are highly segregated, by both race and socio-economic status. This negatively affects educational outcomes.

– Providing adequate funding to schools will likely not completely close the testing gap, but it can go a long way toward helping to equalize educational outcomes.

– And yet schools remain inadequately and inequitably funded.

I don’t want to completely dismiss the debate about CCSS, or any learning standards, or the importance of curriculum development. The goals we set for students are important. How we teach makes a difference, and we can improve the quality of teaching.

But let’s get real: if you had to make a list of the things that need to be done to improve the educational outcomes of students, rewriting the standards would be near the bottom.

Our schools have to make due with billions less than the state’s own law says they need, and our child poverty rate is shamefully high… but we waste our time “tweaking” the Common Core.

I need a drink…