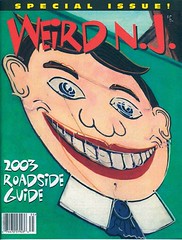 Special thanks to Bob Braun, whose superior coverage of all the ‘reformy’ goings-on in Newark is a must-read.

Whew! That’s a whole lotta crazy packed into six days! And the education community wasted no time in responding:

As for me? Well, there’s not much more I can say about Christie and the Common Core that hasn’t already been said. But, I take great umbrage with the propaganda the Star Ledger continually passes off as professional journalism.

“But Marie”, you say, “why bother? They aren’t going to change their tune. Don’t waste your time.” But when the state’s largest newspaper continues to spew illogical garbage like this…

But here’s what this issue boils down to. If you’re interested in racial equality, you have to go for the PARCC, imperfect as it may be. Why? Because it’s the only game in town – and if we’re going to have any hope of closing the achievement gap between poor, minority kids and their wealthier peers, we need this data to do it. (emphasis mine)

(“The only game in town”, oh right, because adequate school funding, housing, food, medical care, personal financial stability, job opportunities and safe neighborhoods would never, ever solve that problem. Only the bogus data from a deeply flawed test will.)

… When they insult the general public with ignorant statements like this…

The opt-out movement is sabotaging the data. Liberal-minded people who would normally be very concerned with helping underachieving kids are taking an anti-testing position that actually hurts those kids. In that respect – and in the degree of paranoia involved – it’s similar to the anti-vaccination movement. And it may be just as damaging.

(Hmmm… “anti-vaccination movement”… where have I read that before? Oh yes, here. But at least they admit, albeit in a backhanded way, that Conservative-minded people really have no concern with helping underachieving kids.)

… I fall back on the words of Dr. Martin Luther King, Jr., who must be rolling in his grave over what is happening to public education in Newark and other mostly minority cities around the country:

“In the end we will remember not the words of our enemies, but the silence of our friends.”

Now, I don’t consider anyone an enemy, but I will not sit back quietly when people and institutions that hold great sway and influence over large swaths of the general populace refuse to do their homework and, for whatever reason, disseminate information that is factually incorrect. I’ve taken a lot of shots at the Star Ledger and Tom Moran, and some may have been too snarky, but sometimes I feel like I’m living in an episode of the Twilight Zone. I can’t imagine how the people of Newark feel.

When parents and students who want an excellent education resoundingly reject the carpetbaggers who swoop in to ‘save’ them in part by silencing their voices and excluding them from the process, I can’t sit idly by. None of us should. When the state’s largest newspaper refuses to listen to the citizens of the state’s largest city, others have an obligation to do so. We all must continue to call out those who, for whatever reason, simply will not see what’s happening before their very eyes. If not, we are part of the problem.

As for the rest of this week’s events, time will tell how much-if any-of a seismic shift this all will bring. Mountains aren’t moved in a day, but sometimes, when too much pressure builds up, this happens: 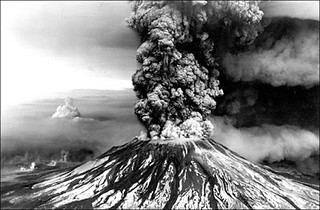