So how did Tom Moran, or whoever else wrote this unsigned piece, screw up? If you look further down the editorial, you’ll find a link to a piece by John Mooney for NJ Spotlight.* In that post from May 13, 2014, Mooney interviewed Passwater after large cuts in staff were announced.

But here’s the problem: the Renaissance charter schools, which were supposed to be draining students from Camden, didn’t meet their enrollment projections. Which means that Camden City Public Schools likely had to retain staff they thought they would let go. Sure enough, Passwater got a call during the summer letting her know the district needed her to return.

Now, some might think Moran and his crew made an honest mistake here. But I don’t, and for two reasons:

1) The editorial page of the state’s largest newspaper should confirm every “fact” it prints. It’s lazy and sloppy and amateurish not to, especially when you’re printing the name of a private citizen. You would think a group of people who are obsessed with “bad” teachers would take a little more pride and care in their own work.

2) This is part of a pattern; it’s yet another example of the Star-Ledger editorial board’s indifference toward accuracy in their education “journalism.” Once, when bemoaning the alleged poor performance of Camden’s schools, the board cited the low proficiency rates of Camden Street School. Too bad that school is in Newark. To this day, you can go on-line and read the article which remains uncorrected.

That editorial also neglected to mention that Camden Street, at the time, served large numbers of students with significant learning disabilities, including autism, behavioral disabilities, and cognitive impairments. Did anyone at the SLEB bother to look at the data? Did they bother to look at the school’s website, which clearly stated its mission? Did they even think to pick up the freakin’ phone and talk to someone at the school about its students?

The SLEB once called the teachers in Newark’s NEWCaucus “liars” for publishing what turned out to be a completely accurate analysis of the 2012 teachers contract. Moran has repeatedly declared his favored charter schools have equivalent populations to district schools when that clearly is not the case. He has made claims about student demographics in Hoboken that are simply not accurate. He gave an anti-tenure superintendent space in his paper to tell stories about her district that members of her own board declared were not true. That might be defensible if he acknowledged the other side of the story… but, of course, he never did.

Let me be clear: I don’t think Moran and his editorial board deliberately make stuff up. I think, instead, that they just don’t give a s***.

As their last exchange with Bruce Baker (and me) proves, Moran and his fellow opinion makers are intellectually lazy. They like their facts pre-chewed; they consider their job to be regurgitating opinions that reformy types have spoon-fed to them. And if they screw up and get something that is easily verifiable wrong…

Well, who cares? We’re only talking about schools for children of color, many living in disadvantage, right? So what if the facts of your case are completely wrong? It’s not like it matters… Except it does. It matters a lot. Which is why Tom Moran and his staff should be ashamed of their negligent, ignorant blatherings on education, and why Moran’s whines about “tone” should be mocked or, ideally, ignored. 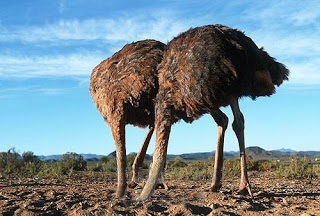 The Star-Ledger Editorial Board:

Ignoring the facts is what we do!

ADDING: You’ll notice that the SLEB couldn’t even be bothered to find out the name of the Sacramento “Teacher of the Year” they use as an example of the evils of seniority. Almost certainly, it’s Michelle Apperson, who garnered a fair bit of attention back in the spring of 2012 when she was laid off.

Now, school websites are not the most reliable source of updated information. But if you go to the site for Apperson’s school, Sutterville Elementary, you’ll see that she is still listed as a faculty member for 2013-14. Maybe you want to check this one out too, Tom…

Apperson’s district tried to shuffle the blame for her dismissal on to the seniority system. In truth, she was a given a layoff notice because of severe school budget cuts in California.

But, hey, the SLEB thinks districts like Newark have all the money they could possibly need. The $7 billion in accumulated underfunding of New Jersey’s schools just doesn’t excite the SLEB like giving senior teachers a good, swift kick in the teeth.

* Full disclosure: I write regularly for NJ Spotlight, and John is my editor.