Rather than raise taxes on the top 1% or invest in education, infrastructure and job training, he gave away hundreds of millions in corporate tax breaks that yielded few jobs, and slashed funding to programs and services (including almost $6 billion to education) that would have helped the majority of New Jerseyans increase their quality of life and support the economy-a scenario that’s playing out in Republican run states all across the country. Democrats, who control the legislature, have never gotten enough votes to override his draconian cuts because GOP legislators have never gone against the will of the enforcer governor. Now, with several of those D leaders jockeying for their party’s gubernatorial nomination, and Christie’s poll numbers tanking, they are not so willing to play in the gov’s sandbox anymore.

Christie promised to reform the system, to save it from default-except when he couldn’t do it by hurting the very people it belongs to: middle class workers. So, now he’s in court presenting arguments that his signature law is illegal.

Only in New Jersey… 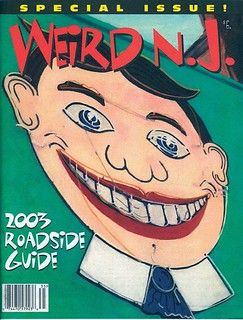