I’ll keep this short, as I can’t believe I actually have to write this down:

I see a lot of arguments in social media and blogs and editorial pages and elsewhere along these lines:

“American education is a disaster! We must do something! And you can’t prove that my proposed reforms won’t work!”

This argument makes no sense for at least three reasons:

1) There is no evidence America education overall is a disaster. The biggest problem we have with our schools is that the ones with high levels of poverty underperform compared to those with low levels of poverty. It’s worth noting, by the way, this is true around the world.

Poverty is the independent variable that explains school performance: not tenure, not seniority, not step guides, not unions, not all the other boogeymen reformies see hiding under their beds. 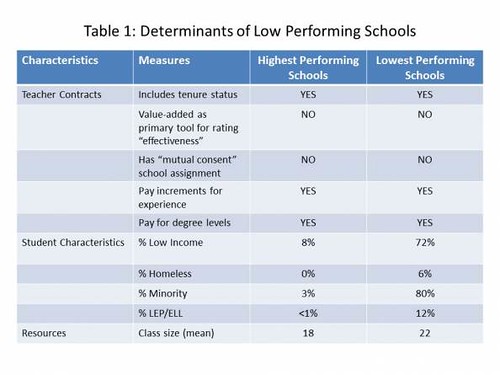 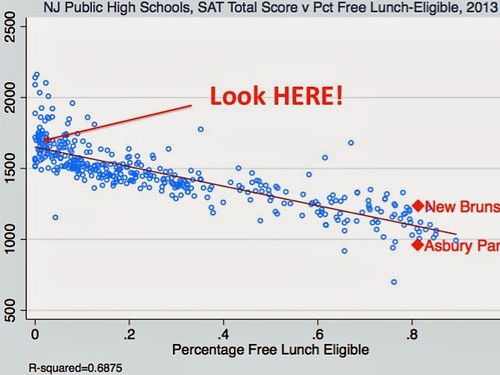 2) Contrary to the assertions of the reformy, there is no compelling evidence that their “reforms” will work; actually, there is at least some evidence they will, in fact, be harmful.

– There is no evidence charter school proliferation will work; it may, in fact, be harmful.

– There is little evidence vouchers will work; they may, in fact, be harmful.

– There is no evidence test-based teacher evaluation will work; it may, in fact, be harmful.

– There is no evidence merit pay works; it may, in fact, be harmful.

– There is no evidence eliminating teacher tenure will work; there is, in fact, plenty of evidence it may be harmful and expensive.

– There is no evidence the expansion of high-stakes, standardized testing will work; in fact, it is harmful.

I’ll add here that, contrary to the above, there is good evidence to support reforms such as class size reduction, peer assistance and review-type teacher evaluation, and school funding reform.

3) Most importantly: the burden of proof is on those who propose reforms that seek to radically change our public education system.

I’m going to stretch this analogy a bit: reformies remind me of the believers in Russell’s Teapot.

Since you can’t prove to them that there isn’t a teapot orbiting the Sun between Earth and Mars, that teapot must, by their faulty logic, exist. Since this is an imperfect illustration, however, I am going to coin a new phrase to explain reformy thinking: Yogi’s Fallacy. 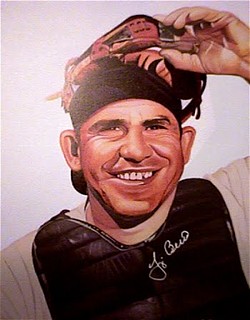 “We may be lost, but we’re making good time!“

In the reformy mind, we must do something — anything — right now to challenge the “status quo,” which has clearly held our children back for so long.

It doesn’t matter how many failed, corrupt charter schools there may be, or how the segregative effects of charter proliferation may be harming children enrolled in public schools. All that matters is that some children get higher test scores than we would predict at some charters (even if the explanations are likely found outside reformy data analysis). All other consequences be damned.

All that matters is that we do something — anything. Full speed ahead, even if our course is completely wrong.

My reformy friends: the burden of proof is on you. Even if I and my fellow skeptics were for maintaining the “status quo” — which we’re not — it would still be up to you to make an affirmative case for the stuff you want to do.

So do that, and stop wasting our time demanding proof of things that can’t be proved.