In two previous posts (here, here), I discussed the ways education ‘reformers’ use savvy advertising and marketing to sell the unsuspecting public the notion that US schools are failing, teachers are ‘bad’ and unions are akin to The Walking Dead.

How many of you have heard radio commercials for the math tutoring center, Mathnazium? For the record, I know nothing about this company. I’m not claiming they do anything other than tutor students in math. They may very well be doing an excellent job. If that’s the case, more power to them. But, they are a business looking to make a profit, so their advertising has to appeal to parental fears, and make promises of success. I don’t have an audio clip of their NY market radio spots, but the ones I’ve heard make simplistic claims about US math PISA scores-similar to the graphic below-to make it sound like our schools are failing kids in math education. 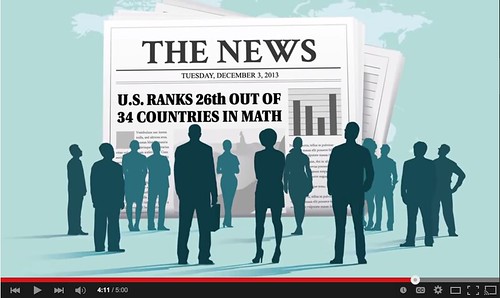 Again, this is not a criticism of Mathnazium. They are a business, and this is what businesses do to gain market share and customers. But when state and federal governments start doing this, along with passing laws and regulations that steer taxpayer dollars to private, for-profit entities that aid in the defunding, segregation and closure of public schools, it’s a whole different ball game.

If you haven’t already seen this video from The American Federation of Teachers, please stop what you’re doing right now and watch. You have to click on the link. The embed function was disabled on the original. I stumbled upon it this morning on Twitter. Although it was posted over a year ago, this little gem has less than 250,000 views. It needs to go viral. It’s a must-see for anyone who is concerned about standardized testing and the overall education ‘reform’ movement that is overtaking the US. 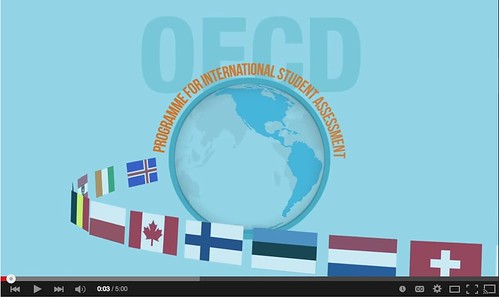 My hope is that after you watch it, you will stand with education professionals across the country against the myth that our schools are ‘failing’ and standardized testing will magically fix them.

If for some reason you cannot access it, here’s a synopsis:

Every three years 15-year-olds around the world are randomly selected to take the Program for International Student Achievment test (PISA) administered by the Organization for Economic Cooperation and Development (OECD). While the rankings may give the impression that the US education system is in dire straits, every good researcher knows that the numbers only tell us who, what, when and where; they don’t tell us the all important why.

Contrary to what ‘reformers’ would have you believe, since the test began, US PISA scores are not dropping. In fact, they have been consistently in the middle. This is where ‘reformers’ stop looking and listening, and start sounding the alarm bells: American schools are failing! Teachers are bad! They must be held accountable! Testing will fix it all! When in fact, the reasons the US ranks as it does are abundantly clear (but they don’t want you to know)… 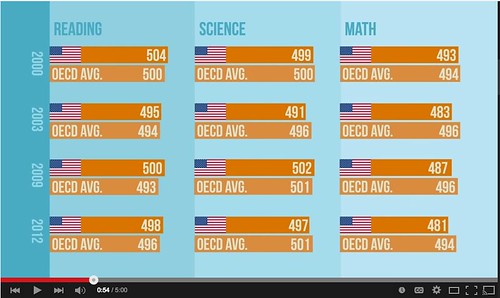 1. Poverty matters. In the wealthiest nation on earth, almost 1 in 4 children live in poverty. This is a national disgrace-one that ‘reformers’ don’t want to admit, because they can’t make a profit by fixing it. 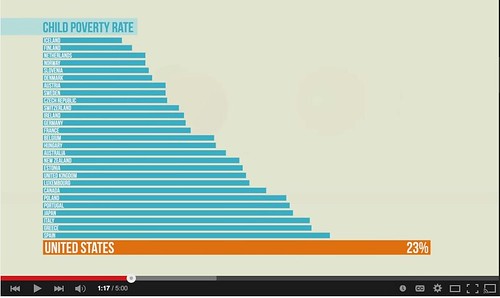 2. “US schools with less than 10% poverty lead most top-performing countries with similar rates.” The relationship between poverty and student achievement is well documented and irrefutable. Jersey Jazzman has written extensively about this fact, and in particular about how it relates to PISA scores:

“[I]n the USA – more than any other country in the OECD – way more wealth means way larger increases in learning.

“[T]here is an indisputable correlation between poverty and student achievement. You can try to bad-mouth our schools all day long, but that’s the fact. We have huge income inequity in this country, and it’s affecting our kids. It’s ridiculous to expect the schools to mitigate all of this.” (emphasis mine) 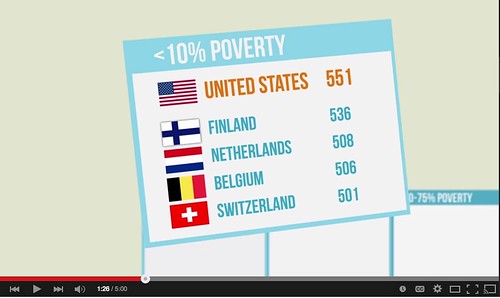 3. Even at higher poverty levels, US students still outperform students in other countries who live in similar levels of poverty. That doesn’t happen by magic. In NJ it took a 1985 State Supreme Court ruling to force the state to provide more resources to poor districts, and it helped. In 2010 Gov. Christie tried his best to slash funding to those same districts, but in 2011 the NJ State Supreme Court ruled against him, forcing him to fully fund the state’s 31 high-need districts. Overall, Christie has underfunded public education in NJ to the tune of about $6 billion. 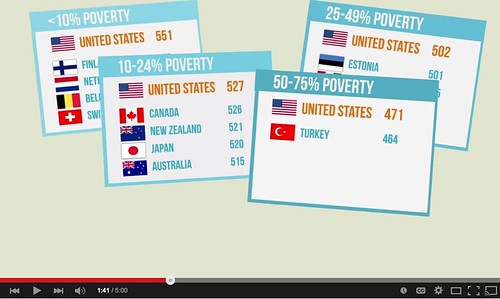 4. “High performing countries are doing a better job at reducing the achievement gap.” Imagine what our poorer students could achieve if state and federal governments were more concerned about fixing poverty and providing our public schools with adequate resources than closing ‘ failing’ schools? 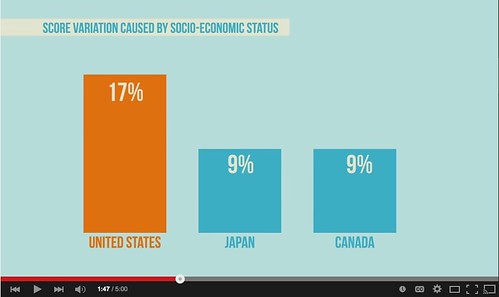 5. The US really doesn’t spend the most on public education. When the high cost of college is removed, the US is in the middle of the pack. 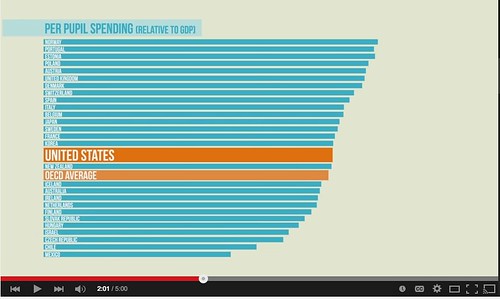 6. “The US ranks near the bottom in providing poor children equal access to quality educational materials.” One need look no further than Trenton High School to see the deplorable conditions under which many high poverty students are forced to learn. And this is due to ‘bad teachers’? Along with Israel, Turkey and Slovenia, the student-teacher ratio in US high poverty schools is actually greater than higher performing schools. 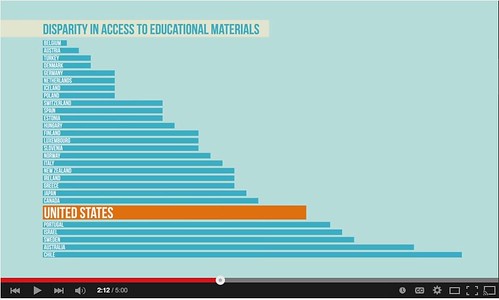 7. Since the Great Recession, US education spending is decreasing compared to that of other OECD nations. Only Mexico, Iceland and Ireland have cut more. Because everybody knows that the best way to improve education is to cut funding. 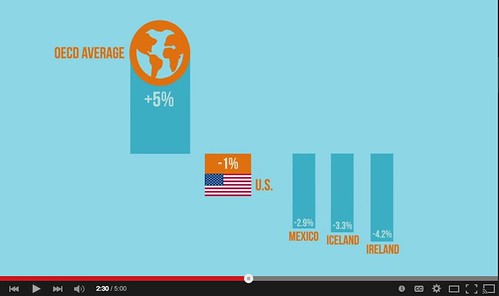 8. The US ranks 24th out of the OECD nations in early childhood education. Gov. Christie has called preschool ‘babysitting’. 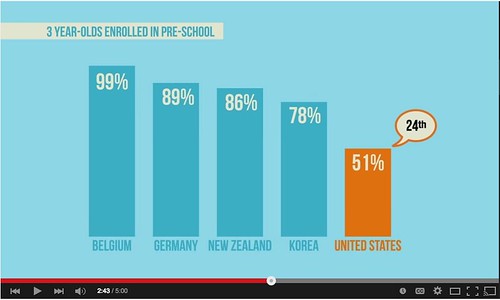 9. US teachers spend the most hours teaching and are paid far less than other PISA countries. Teachers in Finland, one of the PISA leaders, spend far less time teaching. 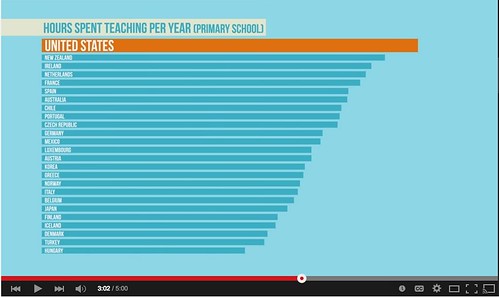 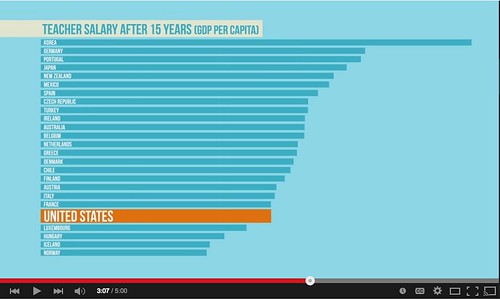 10. In other high-performing countries, teachers are paid for the work that US teachers bring home and do on their own time. 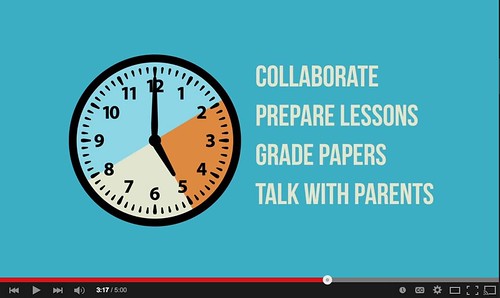 11. OECD says the claim that other countries have better teachers because they are recruited from the top 1/3 of college graduates is “not supported by evidence.” What is evident is that these countries respect educators and give them extensive time to hone their craft and collaborate. 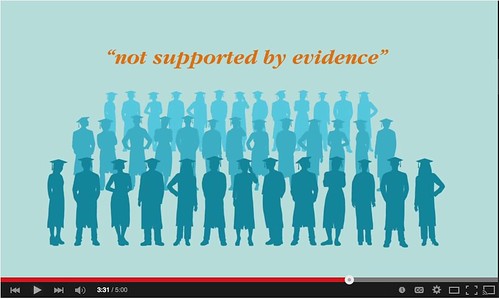 12. Unions are not the problem. In fact, the highest performing countries have excellent working relationships with their teacher unions. 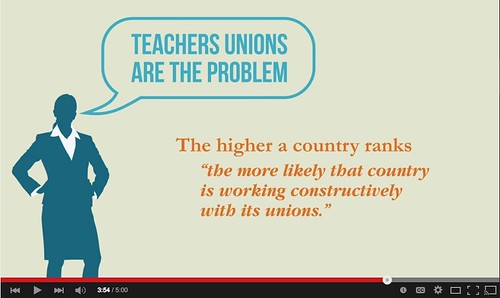 So, the next time a ‘reformer’ tries to tell you that a test, a voucher, a charter school, an evaluation system, a school closure, a drastic cut to education funding, a ‘rigorous’ curriculum, or a right-to-work or anti-union law will magically transform your child’s school, just ask them to show you the facts. Then sit back and listen…