Tonight: “Requiem for a Newspaper”

I just want to flag this event for you – tonight – because it looks damned interesting, and I can’t attend. This is an invitation for anyone who does go to write about it here.

I am personally conflicted in how I feel about the decline of the Star-Ledger, which has now lost its long brick and mortar home in Newark, even as its wrong-side advocacy of the state-controlled dissolution of Newark public education shows its disaffection with the city whose heartbeat it once knew. There are still great writers at the Ledger, and newspaper journalism is something I think is critically important in a state of political liars. But the Ledger’s departure leaves Newark without a daily newspaper for the first time since 1832, and tonight is about what Newark thinks about that.

Requiem for a Newspaper: The Star-Ledger leaves Newark

A Panel Discussion and Community Forum 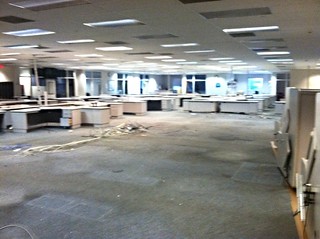