“Governor Christie did one thing right.” 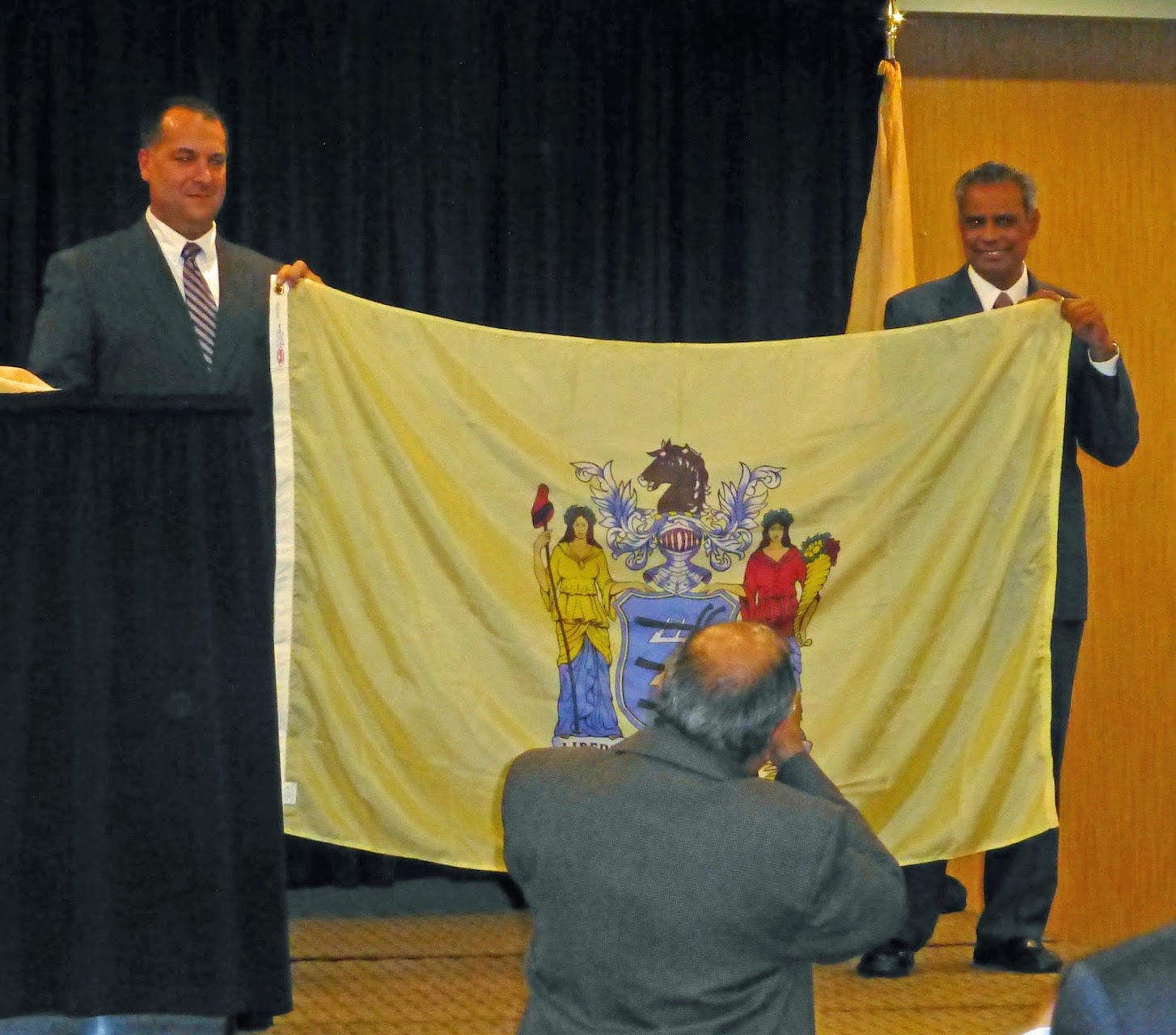 on Christie’s recent appointment of Upendra Chivukula as a commissioner on the Board of Public Utilities – at a dinner tonight in honor of Chivukula’s new post and of his accomplishments in the state legislature.

Blue Jersey wishes the new Commissioner the best of luck in his new position.

Photo: Chivukula accepting a New Jersey state flag that was flown over the State House in his honor earlier today