The proposal evolved from the Passaic River Corridor Initiative along Route 21, which has involved as many as 80 municipalities sharing police intelligence, according to Tom O’Reilly, the head of the Police Institute at Rutgers University. State authorities have said the program has led to hundreds of arrests.

But sharing police officers among three large cities that are not adjacent to one another while also combining social services is “sort of a first,” O’Reilly said. “They are challenging the traditional ways of thinking,” he said of the mayors. “The idea that three mayors have cut across bureaucratic lines is the first step.”

O’Reilly said the mayors’ proposal may include expanding a Newark violence reduction program in which Rutgers is taking part, and which he said was beefed up this year, leading to two months without a gang-related homicide in the city’s Fourth Police Precinct. The program calls for paroled gang members to meet relatives of gun violence victims and to be connected with social workers. It also has a dedicated law enforcement contingent that includes state, county and federal authorities.

[Mayor] Baraka said that “we are also talking about reentry” programs to aid people coming out of prison. And he mentioned the possible inclusion of community groups, some of them church-based, whose members walk the streets to combat fears of citizens who don’t talk to police because they are afraid of gang retribution. Community leaders in Paterson have said that is a common problem in their city.

“We have to combat this whole idea of no snitching,” Baraka said.

[Mayor] Torres said he has examined a job training program in Jersey City that is led by former Gov. James McGreevey, and hopes to create a similar program in Paterson, adding that he believes he will be able to find federal money for it.

This program could be a potential game-changer in the war on children. Yes, I did say ‘the war on children’ because in the age of austerity for all but the wealthy, children-particularly poor children-have been hit hardest. They are the collateral damage in gang wars, domestic abuse, social safety net cuts, and education ‘reform’. Stray bullets, physical and psychological abuse, food insufficiency, homelessness and apartheid-like education policies do indeed affect a child’s future. And contrary to what Gov. Christie and other ‘reformers’ say, zip code does indeed matter because the children most affected don’t live in places like this in Christie’s hometown of Mendham: 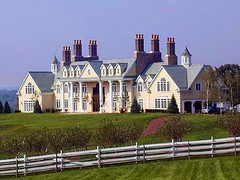 Or this in Christie’s boyhood town of Livingston… 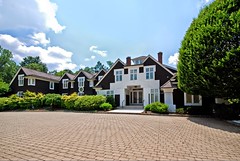 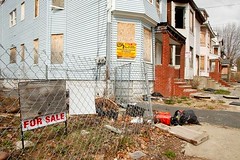 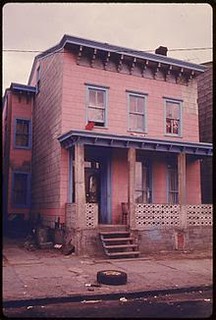 So let’s hope this program works. If the proof is there, if the research points in the right direction, if it’s fact-based and not ‘faith’ based (ie: we ‘believe’ it will work, we ‘hope’ it will work), then the children in some of the poorest neighborhoods in New Jersey will stand a chance at overcoming the burden of their zip code because the only way out is to get out alive.