Earth to @starledger: There Are No Miracle Charter Schools

What do you do with someone who, when presented with the truth time and time again, refuses to see it? What do you do when a person of influence — for example, the Star-Ledger’s Editorial Page Editor, Tom Moran — repeatedly, stubbornly, infuriatingly continues to perpetuate myths that are demonstrably untrue?

Newark, for all its woes, is a city that’s surprisingly easy to fall in love with if you spend enough time here.

It’s not beautiful by any stretch, and it breaks your heart all the time. The violence here devours children with a merciless regularity. The schools lose one-third of their students to the street before high school graduation.

Public meetings turn into ugly and pointless shouting matches all the time.

But it always feels that something better is just around the corner for Newark. And people here never seem to give up. That fight is baked into this city’s DNA.

Go ahead and read the rest of this patronizing nonsense if you want. Apparently, Ras Baraka’s desire to be paid like a professional when he was principal at Central High (where even Moran admits he did an outstanding job) gives Tom Moran a case of the vapors. Let’s concentrate here on this particular phrase: “A miraculous chain of charter schools.” Click on the link and you will be guided to US News’s rating of TEAM Academy Charter High School. TEAM is a division of KIPP, the national charter management chain. Is TEAM “miraculous”? Let’s hold off for a second on testing that claim with some outside sources and look, instead, at what US News has to say:

Is TEAM “miraculous”? Let’s hold off for a second on testing that claim with some outside sources and look, instead, at what US News has to say:

One-third of TEAM’s high school students, according to Moran’s own source, do not demonstrate proficiency in math. Does that sound “miraculous” to you?

“Wait!” say the charter cheerleaders. “That’s not fair! TEAM shouldn’t be compared to Millburn or Basking Ridge! They educate a different student body!” That is exactly right, of course: it’s ludicrous to compare TEAM to schools that serve different types of students. So maybe we’d better look at the students TEAM educates, agreed? I know that’s probably too much work for someone whose actual job is to write about these things, but don’t worry: once again, those of us who know what we’re talking about will do the heavy lifting. 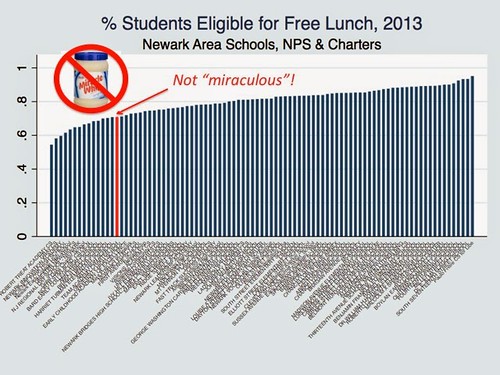 These are all the public and charter schools in the city of Newark, and the percentage of their students who qualify for free lunch, a proxy measure of poverty. I’ve marked TEAM in red. Most schools in Newark educate a larger proportion of children in deep economic disadvantage than TEAM Academy.

How about students who speak little or no English at home? 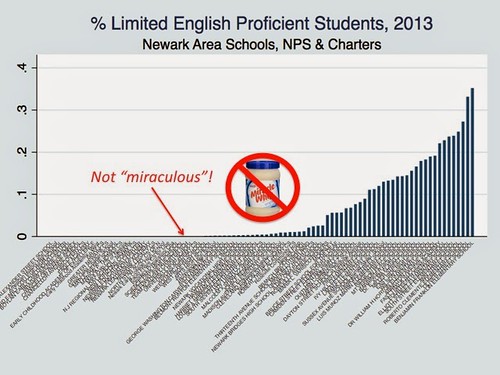 TEAM Academy does not teach a significant proportion of Newark’s English Language Learners. And how about special education students? 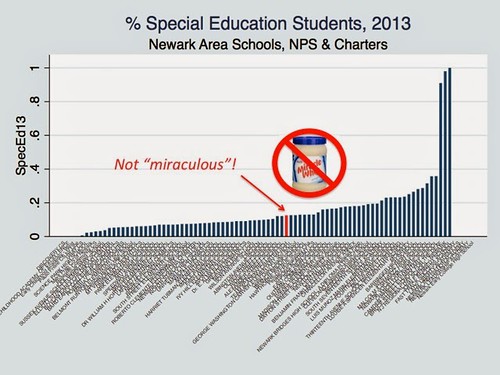 Not only does TEAM Academy teach a smaller proportion of special education students, those students tend to have disabilities that are not as “severe.”

So how does this affect TEAM’s student outcomes? There are many ways to answer that question, but here’s one, from the first One Newark report Bruce Baker and I wrote earlier this year. 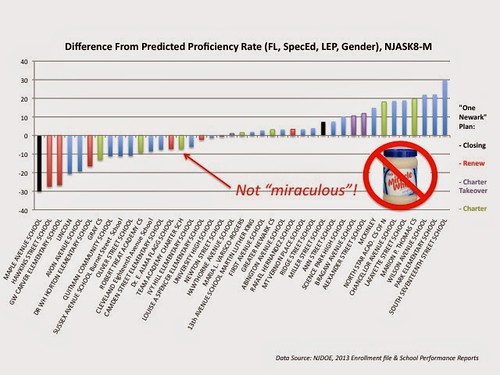 Let me be clear: I am not saying that TEAM is a “bad” school; it would be insane to do so, based only on test scores and student demographics. I have no doubt TEAM has many fine, dedicated educators on staff, and the bright and deserving children who attend TEAM should be commended on their work and their successes.

But TEAM Academy is hardly a “miraculous” school. Anyone with an open mind can easily figure this out.

Brilliant as Ani, or Bob, or Bruce are, it ultimately doesn’t matter. Because Tom Moran chooses not to educate himself about Newark’s schools. He has been presented with the facts and with high-level analysis about One Newark. He has read outstanding reporting on the many problems NPS has had to endure over the last few years. He has heard from educators and researchers and journalists who have laid out, in great detail, what is happening in Newark’s schools.

But, like a petulant child, he refuses to listen. Tom Moran — the man in charge of the premiere venue for opinion making in New Jersey’s largest city — would rather believe in miracles than face the truth. 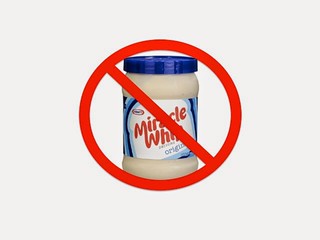 Sorry Tom, but there are no miracles.