Talking About Guns in the Belly of the Beast 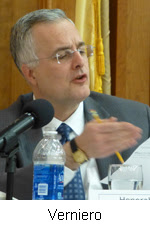 Perhaps it is fitting that the first public hearings of The NJ-SAFE Task Force, a panel chartered to recommend approaches to combatting violent crime, took place tonight in Camden. In his remarks addressing the Task Force, Senator Donald Norcross said that the murder rate in Camden is not just the highest in the United States, but is the highest in the world.

The Task Force is co-chaired by two former Attorneys General, John Degnan and Peter Verniero (who is also a former State Supreme Court justice). In addition, there are four other panelists from various walks of life within the state.

Prior to hearing testimony from the general public, the panel and the audience heard remarks from elected officials. In addition to Senator Norcross, Assemblyman Angel Fuentes (D-Camden) and Assemblywoman Pamela Lampitt (D-Cherry Hill) addressed the group. While politicians often talk in platitudes, Lampitt’s remarks made the most sense – she called for a holistic approach that includes not only an examination of gun laws, but restoring funding for mental health programs that have been victims of the governor’s veto pen.

The pro-gun advocates who testified outnumbered the gun law supporters by about a six-to-one ratio. Proudly brandishing their NRA credentials, several citizens quoted the last part of the Second Amendment while ignoring the first part. Several regurgitated the NRA line that gun laws do nothing to stop criminals because criminals don’t obey the laws. Selective anecdotes were cited (often several times) where someone with a gun defended herself, while the statistical analyses that show that people are more likely to be killed when guns are around were summarily ignored. 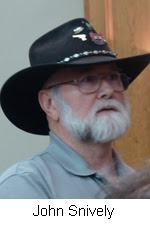 The pro-gun people who spoke are not the crazy lunatics that you see on the GOP side of the aisle in the House of Representatives. Most are sane and rational, but they unfortunately have bought into the NRA and gun manufacturers’ propaganda. Some, like John Snively, blame video games – ignoring the fact that countries like Japan which have as many if not more gamers, have significantly lower gun crime.  And they’re right in their contention that strengthening New Jersey’s gun laws will not totally solve the problem. Without strong Federal laws and strong enforcement, it is simple for someone to smuggle guns across state lines. And the criminals that smuggle guns and sell them to non-criminals simply make the possibility of accidental shootings or rage-related killings by these non-criminals more likely.

The solution is not relaxing New Jersey’s tough gun laws, but rather strengthening Federal law while at the same time adequately funding mental health and drug addiction programs to lessen the chances of another Columbine, Virginia Tech, or Sandy Hook.