Questions the National Media Should Ask Governor Christie, but Won’t

Next week, Governor Christie will bask in the biggest national spotlight he’s had since he excoriated teacher Marie Corfield in one of his earliest YouTube events. It’s an opportunity he relishes, and it’s also an opportunity for the national media to provide a balanced view of the true Chris Christie to the American voters.

Here are some questions I’d like to hear asked by the national media: 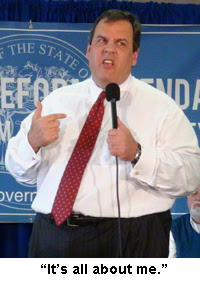 Blue Jerseyans – what other questions should the national media ask him? Leave your suggestions in the Comments section