“Don’t assume anything because I have a similar last name”. 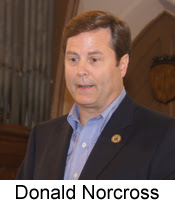 That’s how Senator Donald Norcross opened his remarks to a group of about 30 Camden citizens at a town hall meeting Saturday afternoon, sponsored by the Friends of Lanning Square School Coalition and the Camden City Education Reform Committee.

Of course, without explicitly saying so, Norcross was referring to the positions held by his brother, South Jersey power broker and education privatization advocate, George Norcross III.

Saturday’s meeting brought together citizens and real reform advocates to discuss the seemingly elusive goal of improving Camden’s public schools at a time when the Governor and his administration seem more interested in lining the pockets of private school entrepreneurs and giving tax breaks to the wealthy.

Senator Norcross tried to put distance between his position and that of his more powerful brother in discussing the path forward. The Senator was promoting the recently signed Urban Hope Act as a way to get a new school built in the Lanning Square area of Camden.

Over a decade ago, the Lanning Square school was declared unsafe and the building was torn down. Since that time, students have been sent to other schools away from their own neighborhood. After the old building was demolished, the property was acquired by the state School Development Authority1 (SDA), the land was remediated, all the permits were received and plans were developed to erect a new building – at least until Chris Christie took office. After that, the Lanning Square School disappeared from the state’s school construction list. Some Camden residents postulate that this was because George Norcross III was preparing to build a charter school on that site.

Enter the Urban Hope Act – passed recently by the legislature with the sponsorship of Senator Donald Norcross and signed with the usual fanfare by the governor.

The Urban Hope Act allows non-profit entities to bid on building and running public schools in three urban areas – Camden, Newark, and Trenton. (Under the current law, charter schools are precluded from using taxpayer money to build new school facilities.) Norcross pointed out that while charter schools may be established without any input from local taxpayers, Urban Hope schools must be approved by the local Board of Education. This would ostensibly give taxpayers more say on how their tax money is used to fund local schools. He added that the genesis of this act is the frustration that no new urban schools have been built in several years, while the existing physical plants continue to deteriorate.

The way it works is that the Board of Education issues a Request for Proposal (RFP), and the Board evaluates the responses. While only non-profit entities are allowed to bid, they could conceivably award subcontracts to funnel taxpayer money to for-profit corporations. That was only one of the concerns that Camden residents expressed yesterday.

First, the Camden Board of Education is not elected2 – its members are appointed by the mayor, who, you guessed it, is an acolyte of the Senator’s powerful brother. So in order to get a meaningful RFP that benefits the children, the process for generating that RFP must be open and transparent. But that point is moot, at least for now. José Delgado of the Camden City Education Reform Committee pointed out that the Board recently voted down a resolution to release the RFP that the Board had previously drafted, mainly because the RFP as presented was lacking in detail. The presenters urged those at the meeting to contact the Board members to get their input heard, and ensure that the needs of the children would be incorporated before the final RFP is released.

But there’s another issue here. Even if the RFP is written to address these needs, there is the process of evaluating the responses to the RFP. I asked the Senator if the legislation requires that process to be open and transparent, and he told me that it would be up to the school board to make that happen. In other words, don’t hold your breath.

Finally, even after the school board selects a non-profit to run the Urban Hope school, that selection is subject to the approval of another unelected official –  Chris Christie’s (Acting) State Commissioner of Education Christopher Cerf.

Also in his presentation, Norcross said he believes that the Christie administration is pushing to get the Abbott decision overturned and opined that “there needs to be wholesale change with the school board in Camden.” 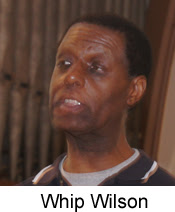 The Urban Hope Act guarantees that all students in the local area can attend these schools. There’s no lottery as is the case with charter schools.

The bill requires the non-profit that runs the schools to incorporate the staff and facilities necessary to take care of children with special needs.

Wilson’s Assembly partner, Angel Fuentes, an unabashed cheerleader for vouchers, was conspicuous by his absence from this meeting. 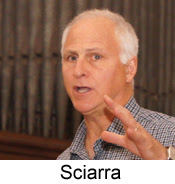 Following the legislators’ remarks, David Sciarra, the Executive Director of the Education Law Center, made some suggestions on how to move forward. He pointed out that another district, Phillipsburg, has sued the SDA because a new high school was needed, but was not on the list of the state’s construction projects. Sciarra suggested that the Camden citizens pursue a two-track approach. First, they should consider a similar lawsuit to get the Lanning Square school built (right now, the site is a vacant lot, with a portion of the land being rented out to the Rowan medical school). Second, he recommended that the citizens gear up to pursue an Urban Hope school, but with very specific ground rules that meet the needs of the local citizens.

Sciarra also urged the citizens to get involved in the selection of a new school superintendent. He accused Acting Commissioner Cerf of “interfering” with the selection process in other urban districts. According to Sciarra, Cerf already has a list of candidates that he will send to the Camden Board.

Julia Rubin3 of Save our Schools NJ was next to speak. 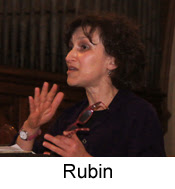 Rubin started off by pointing out that the recent actions by the Christie administration and the legislature are just “the tip of the iceberg”, and these actions will lead to the disenfranchisement of the urban communities. While there are charter schools in Camden, none of them address special needs children or children with limited English. She likened vouchers to “poison cookies” – they may look appealing on the surface but will have long-term deleterious effects. Indeed, she pointed out that vouchers (i.e. taxpayer money) will go to pay for kids who are already going to private schools. All of this will lead to more segregation of the most difficult students. She also mentioned that in the Christie budget, Camden will lose about $84 million in aid over the next five years, not including the money that is funnelled out by charter and Urban Hope schools.

So while the powers-that-be are hell-bent on destroying urban public education in order to placate the education-industrial complex, at least some citizens are starting to raise their voices in opposition. Given the political situation in Trenton, it’s probably not realistic to expect that urban schools will be represented by a monolithic system of public schools a decade from now. As one audience member shouted out, “We can’t stop what’s coming, but we should have a say.”

The most important thing to remember is that these efforts and this advocacy must be for the kids, not for the bipartisan axis of greed that wants to destroy public education rather than fix its flaws.

And the interesting sub-plot in all of this brings us back to Senator Donald Norcross. Is he sincere in his remarks distancing his position from that of his powerful brother on this as well as other issues like the giveaway of the Rutgers-Camden campus? Or is he just a wolf in sheep’s clothing?

Norcross’ Urban Hope Act is not the best solution for Camden’s children, but it is marginally better than the failed voucher concepts in the Opportunity Scholarship Act. It addresses some, but not all of the flaws in the OSA, which is being pushed by the Chris Christie/George Norcross power base.

No Democrat has been able to scale the walls of George Norcross’ castle, but several have drowned in its moat. Perhaps it takes a family member, hopefully immune from the George Norcross sword of retribution, to make some inroads into restoring the Democratic party to its core principles. Only time – and Senator Norcross’ actions – will tell.

1According to its web site, the SDA provides construction funds for new schools in the former Abbott districts.

2In 2010, Camden changed to an all mayoral-appointed Board of Education. Next year, there will be a city-wide referendum on whether to continue this arrangement or to go to an elected school board.