Amend It, Don’t End It

When your Chevy gets a flat tire, you’re not happy, but you don’t throw out the car, you repair the tire. Yet, if Governor Christie were your mechanic, he would not only sell your entire car, but give the money to one of his friends to help buy a Lamborghini. That’s the analogy that fits the Governor’s approach to the highly successful Urban Enterprise Zone (UEZ) program.

The UEZ program has been in effect in New Jersey for three decades. Started under Governor Kean, it provides incentives for the establishment and operation of businesses in challenging urban areas. The money spent in providing these incentives has provided returns many times over. Yet, Governor Christie has announced that he is ending the program on June 30 and will use the funds to once again help balance the state’s budget on the backs of those who can least afford it.

Assemblyman Albert Coutinho chaired a session of the Commerce and Economic Development Committee this afternoon to hear testimony on the UEZ program and the impact of the governor’s axe. 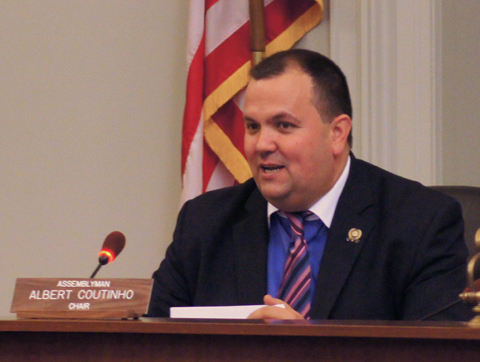 The first person to testify before the committee was Assemblywoman Annette Quijano (D-Union). She told how the UEZ program has not only been an economic success, but has brought pride back to urban areas around the state. In the UEZs, 23% of the businesses are minority owned, as opposed to 9% state wide. The program provides “mom and pop” businesses with the critical investments that they need to thrive.

Governor Christie’s decision to shut down the UEZ program is based on a report that the state commissioned to the Delta Development Group.  Other testifiers pointed out the flaws in the Delta Group report. Mayor Christian Bollwage of Elizabeth pointed out that the authors of that report were clearly predisposed against the UEZ He also said that the report only measured UEZ results through 2008. This is the period of time where the worst impacts of the Bush recession were experienced. The mayor told the committee that the UEZ results have greatly improved in the last three years – a time period not considered by the report authors, and the report completely ignored successes that occurred during the earlier time frames.  Although Bollwage met with the Governor’s policy director to discuss how the program could be improved, he said that no one on the Governor’s staff ever followed up. (This is not unusual as Jeff Pickens, a Blue Jersey contributor, can attest to.)

Chairman Coutinho told the group that even with these issues, the report submitted to the governor called for phasing out the current program and phasing in a new program – different than the Governor’s decision to kill it entirely. The assemblyman told the group that he and Assemblyman Jeff Van Drew (D – Cape May) are working on legislation to improve the UEZ program based on lessons learned over the past decades.

Another big-city mayor, Jerramiah Healy of Jersey City spoke glowingly on how the UEZ program has transformed his city. For him, this program nurtured a “renaissance” for Jersey City and he pleaded that it would be “foolhardy” to walk away from it now. He discussed one of the program’s initiatives in detail, saying it created 350 jobs, with 300 more on the horizon.  “I view these UEZ programs as investments and they have been proven to pay dividends.” The money that the state puts into these loans is paid back while keeping urban residents off the unemployment rolls. 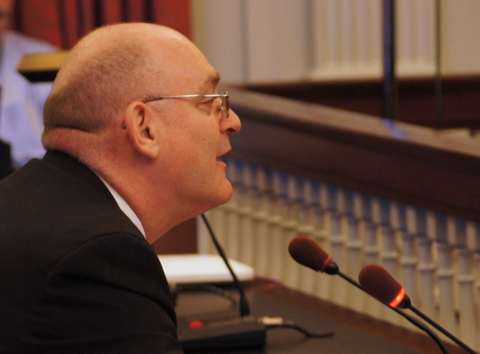 Dr. Seth Grossman, Executive Director of the Ironbound Business Improvement District in Newark and an expert on urban planning, said that the Delta report was “clearly biased” and was rushed through. The production of a credible and comprehensive report would take more time and resources than what was allocated to the Delta Group.

Not surprisingly, a Republican on the committee, Assemblyman Anthony Bucco (R – Morris), tried to defend the Governor’s decision. He complained about the use of UEZ funds that were not directed to construction and renovation, contending that “hiring police officers is not creating jobs.”

A score of other witnesses generally supported the UEZ program. They came from large cities along the Turnpike and smaller areas like Mount Holly. Most recognized that there are areas of the program that are broken – after all, in 30 years a lot has been learned and a small number of people have found ways to abuse it. As a long-term program, the barnacles of bureaucracy have attached themselves to the program, and many of the testifiers agreed that the program should be revamped but not killed. If I had a quarter for every time one of the witnesses said, “Let’s not throw out the baby with the bathwater”, I could buy a tank of gas for my car.

One witness who agreed with the Governor’s decision was a lumber yard owner from Hamilton. He complained that the UEZs have an unfair advantage because they only have to collect half the sales tax that is mandated in other areas. He contended that some companies abuse the system by setting up a single branch office in the UEZ, but take orders on line that may be fulfilled by facilities in other locations. Chairman Coutinho acknowledged that these abuses exist, and promised to address them in his new proposed legislation.

Clearly, the UEZ program has been a success. It creates jobs, trains people, and is a big factor in the urban renaissance that needs to be continued, not stopped. But the people who benefit are generally minorities and small business owners – not the people who are Governor Christie’s benefactors. If we follow Christie’s simplistic solutions of cutting for the sake of cutting, we are doomed to a race to the bottom. Assemblyman Coutinho and his colleagues who are working to fix, rather than destroy this program deserve our support and encouragement.